Revised structural assignment of azalomycins based on genomic and chemical analysis

Symbiotic Actinomycetes are known to produce a plethora of natural products of pharmacological importance and global genome sequencing efforts unraveled their unique and still mostly untapped biosynthetic potential. To activate natural product biosynthesis in Actinobacteria and to harvest the wealth of natural products, cultivation conditions mimicking the natural environment turned out to be amongst the most promising approach next to molecular biotechnological tools. We have recently applied ecology-driven interaction studies between bacterial symbionts of fungus-farming termites and their natural antagonists to activate the biosynthetic repertoire of actinomycetous symbionts. In light of these studies, we revisited the bacterial symbiont Streptomyces sp. M56 (from now on named M56), which showed very strong antagonistic effect against parasitic co-isolated fungi and was found to produce, not only the ansamycin-derived natural products natalamycin and geldanamycin, but also elaiophylins and the structurally related efomycins.

Our group thoroughly investigated culture extracts obtained from strain M56 by liquid chromatography/high resolution tandem mass spectrometry (LC-HRMS2) and Global Natural Product Social Molecular Networking (GNPS) analysis. Indeed, dereplication of the acquired MS2 data based on available databases resulted in the detection of several polyhydroxylated macrolides identified as the antifungal azalomycins (Figure 1). Although the planar structures of azalomycins were reported as early as 1959 and the first skeletal structure assigned already in 1982, reports on their absolute structures remained inconclusive with varying structural assignments across the literature (Figure 2). 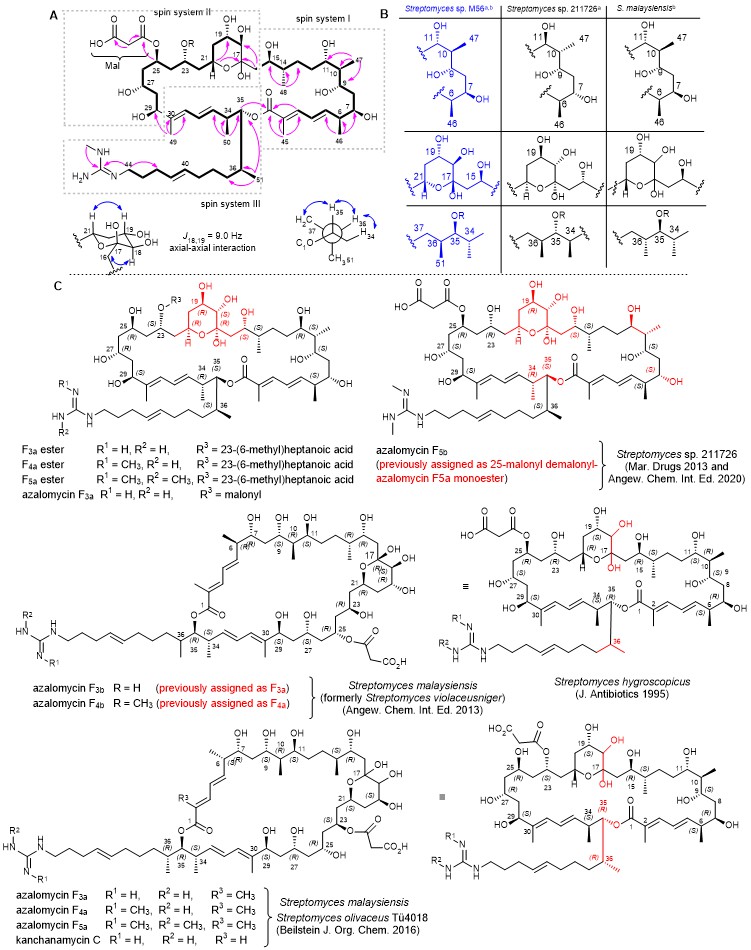 Figure 2. A) Structure of azalomycin (1) with key COSY (bold) and HMBC (pink arrow) and NOE (blue double-headed arrow) correlations and coupling constant analysis. B) Stereochemical assignment of azalomycins substructures isolated from different producer strains based on a) NMR analysis and b) in silico PKS domain predictions. C) Chemical structures of azalomycins reported from Streptomyces sp. 211726,22,29 and Streptomyces malaysiensis DSM 413723 and Streptomyces hygroscopicus. Stereocenters that differ from herein proposed structure or have been newly assigned based on analytical experiments are colour-coded in red.

Due to their strong antimicrobial activity, but inconclusive structural assignments, we re-evaluated the analytical and bioactivity data of azalomycins. Here, we provide a conclusive analysis of their stereochemical assignment based on comparative NMR and gene clusters studies and propose to partially revise the absolute structures and names of azalomycins from previous reports (Figure 3). 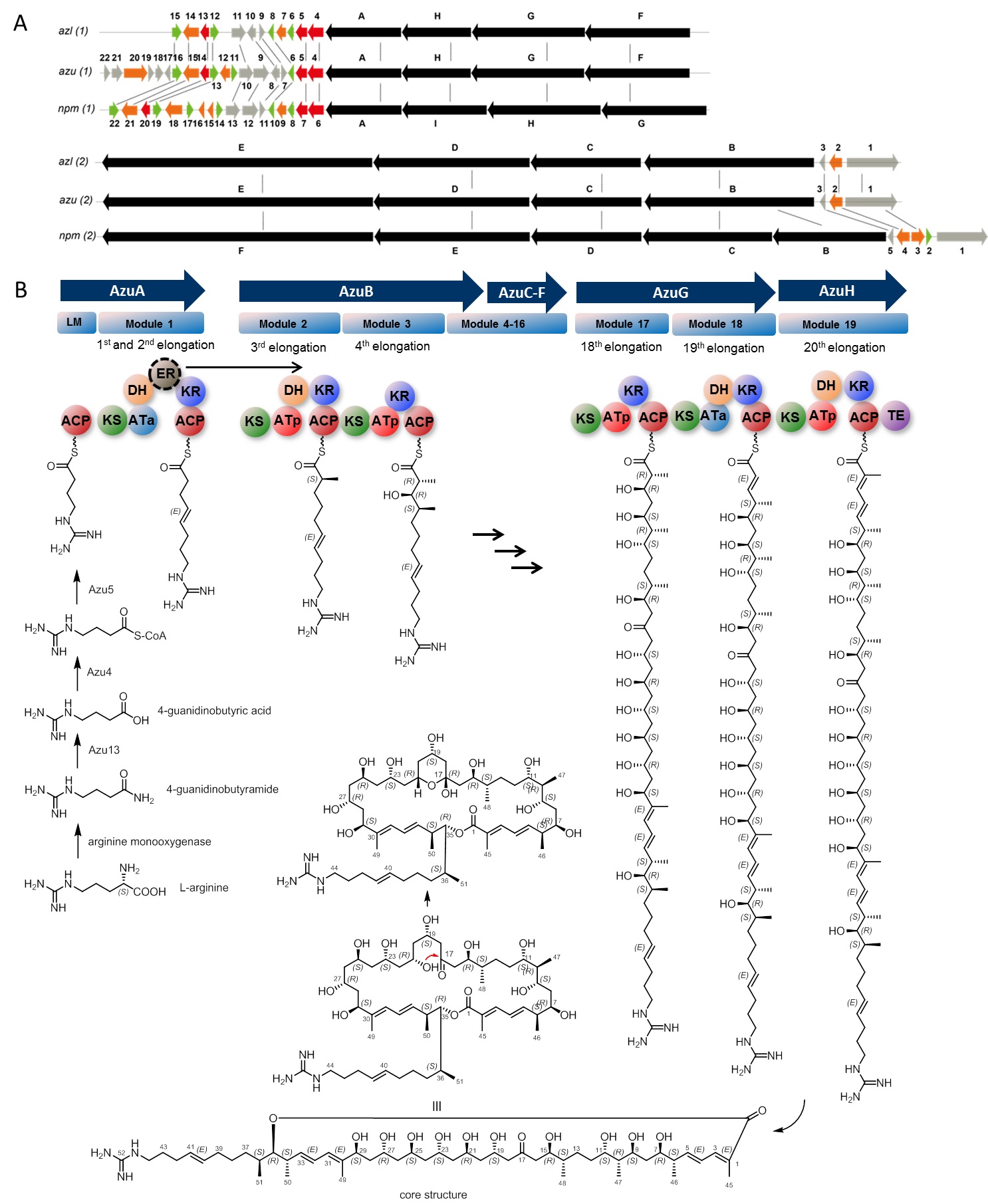 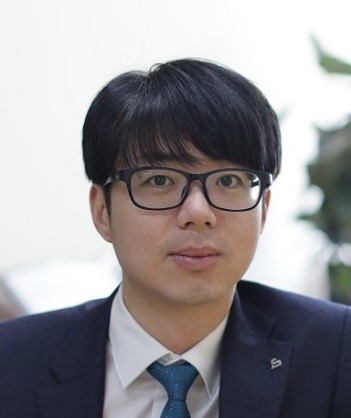