The development of efficient organic host matrices for the emissive layer of Phosphorescent Organic Light-Emitting Diodes (PhOLEDs) is at the origin of the fantastic progresses made by this technology in the last twenty years. The role played by the host matrix is crucial as it should prevent energy back transfers from the guest emitter to the host and favour the confinement of excitons. The rational design of host materials for guest phosphors has allowed to reach very high-efficiency red, green and blue PhOLEDs (with external quantum efficiency EQE>25%). However, all these devices are multi-layer PhOLEDs, which are constituted of a stack of organic layers in order to improve the injection, transport and recombination of charges within the emissive layer. To reduce the cost and the environmental footprint of the OLED technology, simplifying the multi-layer structure is one interesting direction for the future. The so-called Single-Layer PhOLEDs (SL-PhOLEDs, Figure 1), the simplest device only made of the electrodes and the emissive layer, have thus stimulated a strong interest for the last fifteen years. However, high efficiency SL-PhOLEDs (especially for the blue emission) are very rarely reported in literature due to the difficulty to design an efficient host material. To reach high-performance SL-PhOLEDs, the host material should fulfil several precise criteria: (i) a high triplet state energy ET˃ 2.7 eV to confine the triplet excitons within phosphorescent guest, (ii) HOMO/LUMO energy levels well adapted to the electrode Fermi levels allowing efficient charge injection, (iii) good and well balanced mobilities of electrons and holes (ambipolar character) in order to compensate for the absence of electron/hole transporting layers, and (iv) thermal and morphological stabilities to extend the lifetime of the devices. These four criteria can be fulfilled by the careful association of an electron-rich and an electron-deficient unit within a single molecule. 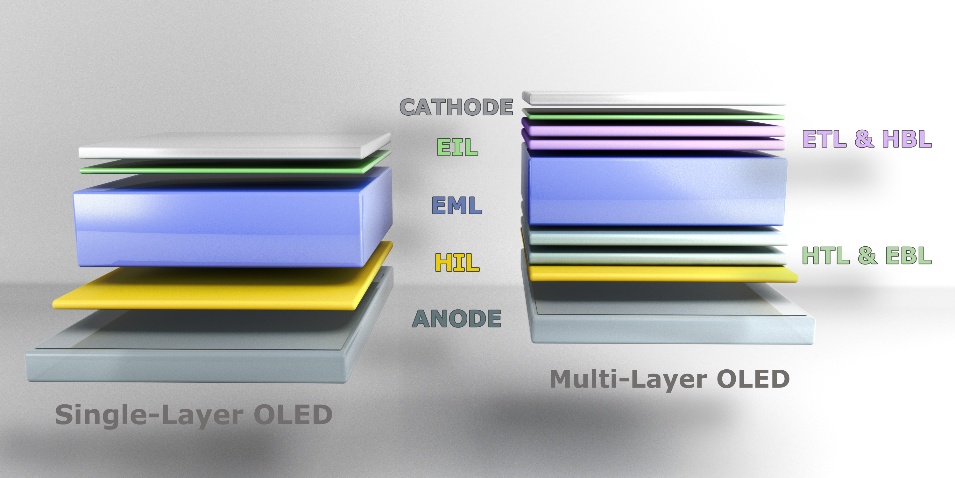 In the present work, the group of Prof Cyril Poriel (Institut des Sciences Chimiques de Rennes- UMR 6226, Rennes) reports a high-efficiency host material constructed on a barely studied electron rich fragment, namely quinolinophenothiazine (QPTZ). The QPTZ fragment is a phenylacridine bridged by a sulphur atom, Figure 2. Despite appealing properties induced by this bridging (e.g. strong electron rich character), this fragment remains almost unexplored to date in organic electronics. Herein, the strong potential of the QPTZ fragment as host for the new generation of simplified SL-PhOLEDs is demonstrated. Red, green and blue SL-PhOLEDs were successfully fabricated and yielded an average external quantum efficiency of ca 10% (Figure 3). High luminances of ca 10000 cd/m2 for red and blue devices and 40000 cd/m2 for green devices were obtained. These luminances are higher than the best reported to date with structurally related analogues and highlight the strong interest of the QPTZ fragment in such devices. Thanks to its high HOMO energy level, the QPTZ unit also allows to decrease the threshold voltage of the corresponding devices, which is a key point in ‘single-layer’ technology.

This work demonstrates the potential of the QPTZ fragment in the design of host materials for high performance single-layer PhOLEDs. QPTZ appears as a promising building unit and can advance the field of organic semi-conducting materials. We are convinced that the future development of QPTZ-based materials would also be appealing for other organic devices. 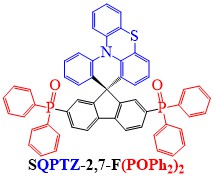 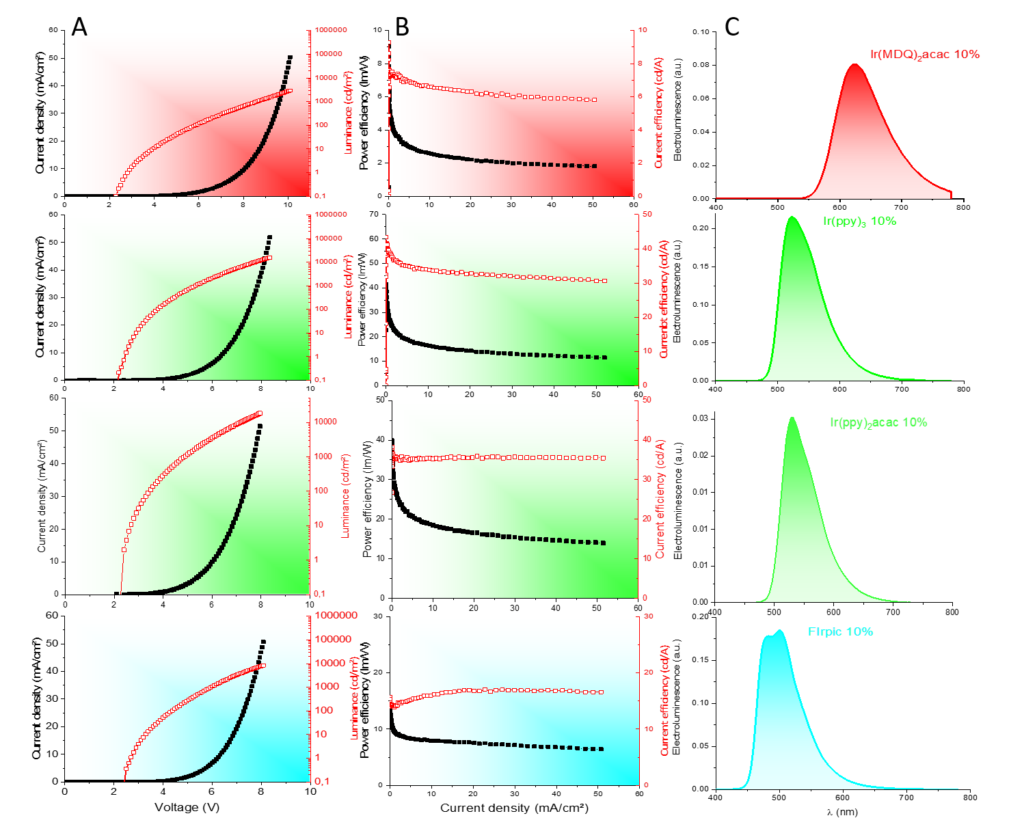 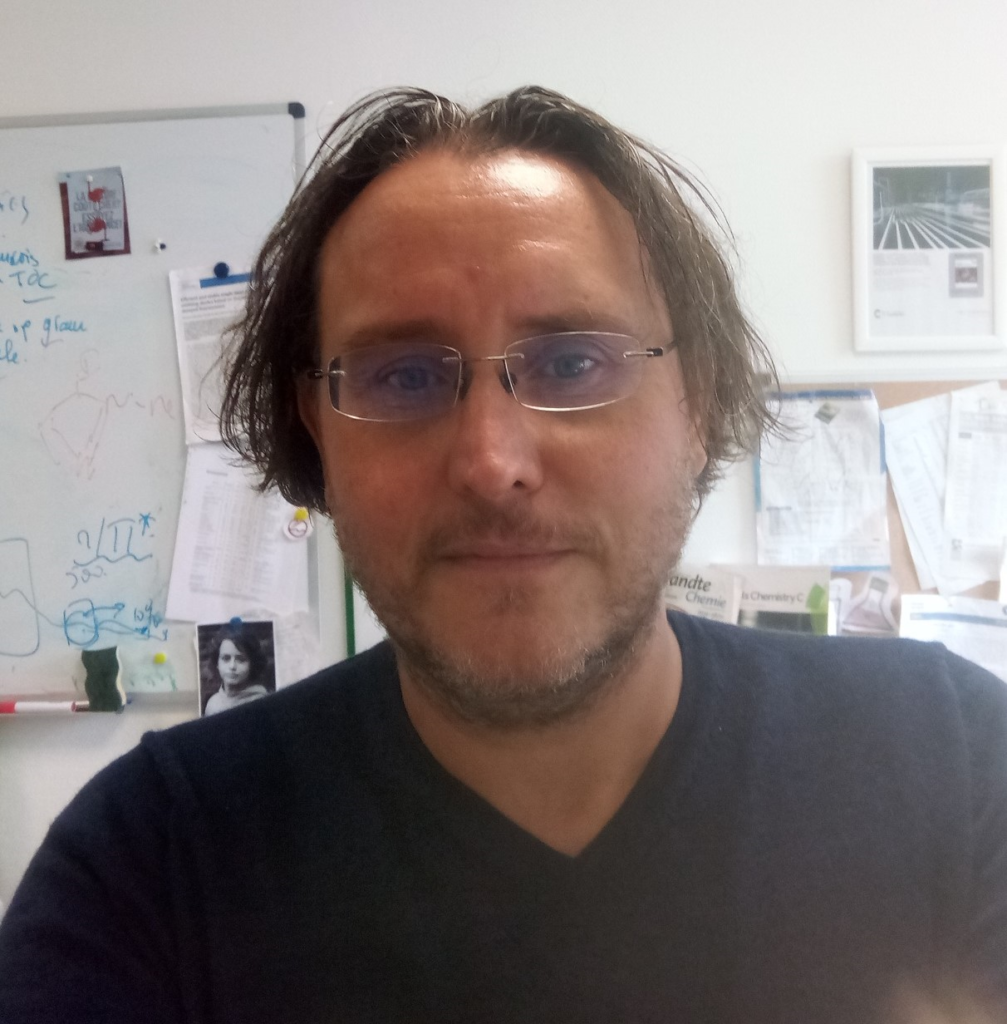 Cyril Poriel received his PhD in 2003 from the University of Rennes 1. After a postdoctoral stay at the University of Exeter (UK), he joined the CNRS (Institut des Sciences Chimiques de Rennes) in 2005, where he is currently CNRS Research Director. His main research interest deals with the design of π-conjugated architectures for Organic Electronics. He is author/co-author of more than 120 publications, reviews and book chapters. twitter: @CyrilPoriel