Congratulations to Professor Seth Marder, Georgia Institute of Technology and Materials Horizons founding Editorial Board Chair. He has been elected as the recipient of a Humboldt Research Award from the Alexander von Humboldt Foundation.

The award is granted in recognition of a researcher’s entire achievements to date to academics whose fundamental discoveries, new theories, or insights have had a significant impact on their own discipline and who are expected to continue producing cutting-edge achievements in the future. Seth is internationally recognized for his leadership in developing structure-property relationships for organic and metallo-organic materials for optical and electronic applications.

Award winners are invited to spend a period of up to one year cooperating on a long-term research project with specialist colleagues at a research institution in Germany. As part of his award, Seth will be hosted as a visiting researcher by Professor Norbert Koch at IRIS Adlershof and the Department of Physics of Humboldt-Universität zu Berlin.

Introducing the Materials Horizons Community Board

Materials Horizons is thrilled to announce that the first researchers have joined our Materials Horizons Community Board. This board is unique in that it is made up of early career researchers, such as PhD students and postdocs, that are fundamental in the future development of the materials field. 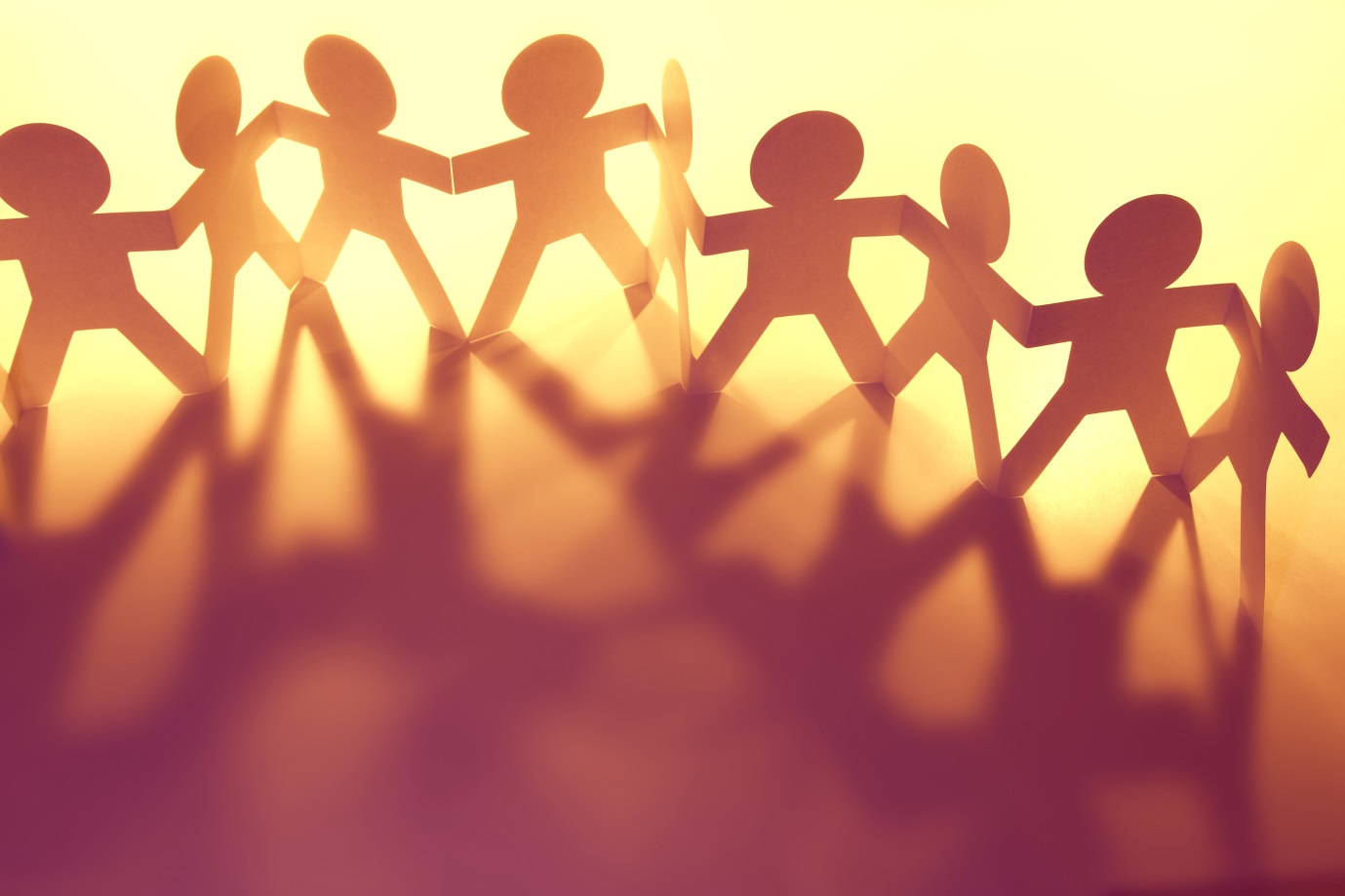 This board will help build relationships with the young researcher community, providing the editorial office with not only essential feedback and advice on the perception of the journal in their community but also education-focused initiatives that will benefit the materials community as a whole.

These engaged and enthusiastic researchers have been nominated by the Materials Horizons and Journal of Materials Chemistry A, B & C Editorial and Advisory Board. We received several excellent nominations and the successful candidates are:

Please join us in congratulating the new members of the Materials Horizons Community Board.

Materials Horizons would like to welcome Bruno Chaudret as our newest Scientific Editor.

Bruno has a wealth of experience having co-authored over 400 publications and being the recipient of several prizes including the Gay-Lussac – Humboldt Prize and the Wilkinson Prize of the RSC. He graduated from École Nationale Supérieure de Chimie de Paris in 1975 and then went on to receive his Ph.D. from Imperial College London in 1977 with Sir Geoffrey Wilkinson. He was awarded the degree of a “Docteur ès Sciences” at the University of Toulouse in 1979.

He is now “Director of Research CNRS”, Director of the “Laboratoire de Physique et Chimie des Nano-Objets” in Toulouse and a member of the French Academy of Science since 2005.

His interests have been in the chemistry of hydride and dihydrogen organometallic complexes, and in the early 90s, he developed an organometallic method for the synthesis of metal or metal oxide nanoparticles.

We very much look forward to working with him!

Materials Horizons is delighted to welcome Anna Balazs as our new Editorial Board Member. 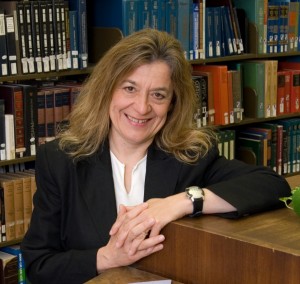 Anna is the Distinguished Professor of Chemical Engineering and the Robert von der Luft Professor at the University of Pittsburgh. She received her B.A. in physics at Bryn Mawr College and her Ph.D. in Materials Science at the Massachusetts Institute of Technology. After postdoctoral work in the Polymer Science Department at the University of Massachusetts, Amherst, she joined the faculty at the University of Pittsburgh in 1987. Her research involves developing theoretical and computational models to capture the behavior of polymeric materials, nanocomposites and multi-component fluids in confined geometries. Balazs served as the Chair of the Division of Polymer Physics of the APS (2000-2001), Co-Chair of the Spring MRS meeting (2000) and served on the APS Public Policy Committee. In addition, she is a Fellow of the APS.

Before joining Materials Horizons, Anna was a member of the Advisory Board for Soft Matter.

Materials Horizons is delighted to welcome Martina Stenzel as our new Scientific Editor.

Martina studied chemistry at the University of Bayreuth, Germany, before completing her PhD in 1999 at the Institute of Applied Macromolecular Chemistry, University of Stuttgart, Germany. She currently holds the position of full professor at the University of New South Wales (UNSW), Sydney, Australia where she originally started working as a DAAD Postdoctoral Fellow. Her research interests encompass the synthesis of functional polymers with complex architectures such as glycopolymers and other polymers for biomedical applications, especially polymers with in-build metal complexes for the delivery of metal-based anti-cancer drugs.

She has also published more than 200 peer reviewed papers and 8 book chapters and has attracted more than 9000 citations so far. To find out more about Martina, please do have a read of her interview in our sister publication, Chemical Communications below: 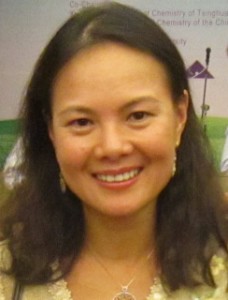 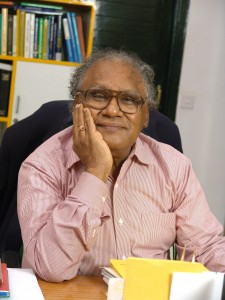 Professor C. N. R. Rao, one of India’s highly regarded scientists, has been conferred the honour of the Bharat Ratna for 2014.  This is India’s highest civilian award and is seldom awarded.  Professor Rao is the third scientist and first chemist ever to receive the honour.

At an age when other people have relaxed into retirement, Professor Rao still spends several hours a day in his laboratory and has been in the running for a Nobel Prize for many years, showing his dedication and passion for his work.  He also co-authors books with his wife with the aim of making chemistry more accessible for children.  When asked in an interview with New Delhi Television what is required to succeed as a scientist in India, Professor Rao responded “stamina, tenacity, doggedness and perseverance.  Also a little intelligence is useful!”

The Materials Horizons Editorial Office would like to extend our personal congratulations to Professor Rao on his outstanding achievement and take the opportunity to thank him for the work he does as an Editorial Board member for the journal. 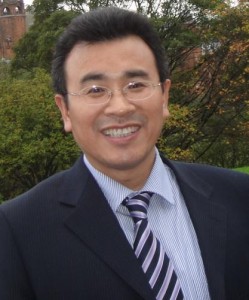 Jun Chen is the Chair Professor of energy materials chemistry at Nankai University, the Director of Key Laboratory of Advanced Energy Materials Chemistry (Ministry of Education), a Chief Scientist of the National Nano Key Science Research, and the Vice Chairman of the Chinese Society of Electrochemistry. He received his B.S. and M.S. degrees from Nankai University in 1989 and 1992 respectively, and his Ph.D. from the University of Wollongong (Australia) in 1999. He held the NEDO fellowship at the National Institute of AIST Kansai Center (Japan) from 1999 to 2002. His research activity focuses on nanomaterials, electrochemistry, batteries, fuel cells and solar cells with efficient energy storage & conversion. He has published over 150 journal papers and has strong links with industry. He is the recipient of a number of awards including the Eward Wicke Award (International Metal Hydride Committee, 2002), the Outstanding Young Scientist Award (NSFC, 2003), the Cheung Kong Scholar Professor (MOE, 2005), the National Natural Science Award (2nd prize, 2011), and the Australia China Alumni Award for Research and Innovation (ACAA, 2012). 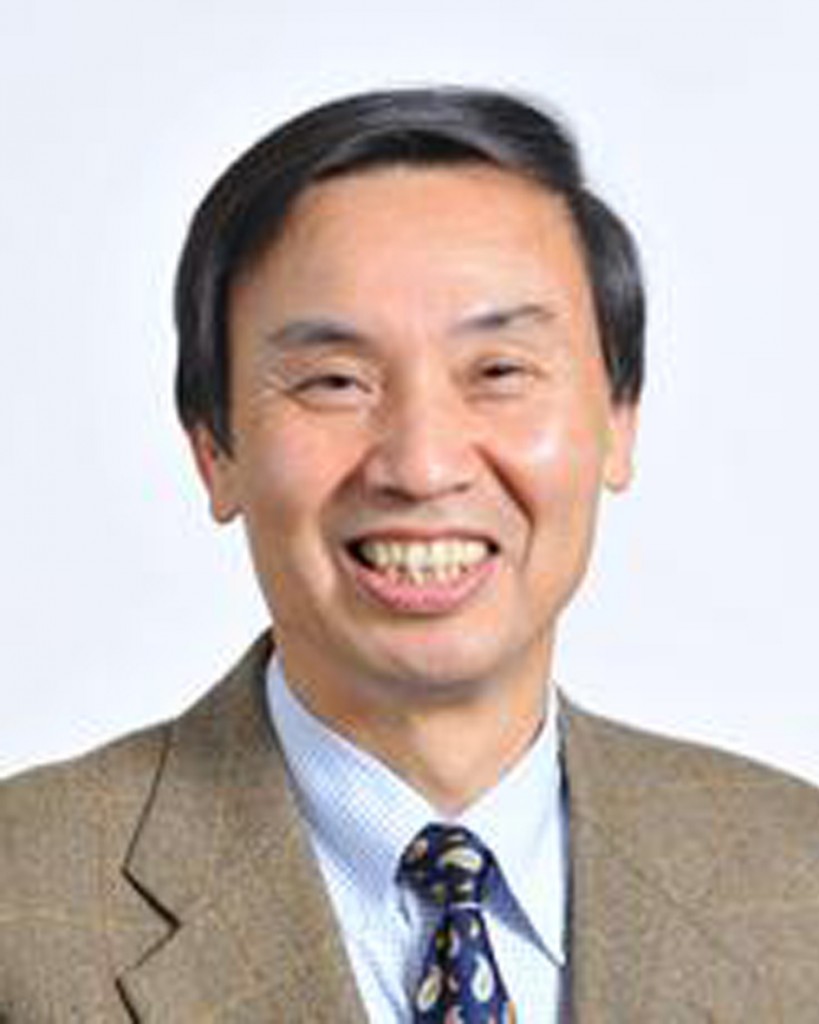 Yoshio Bando received a Ph.D. degree at Osaka University in 1975 and joined the National Institute for Research in Inorganic Materials (now National Institute for Materials Science, NIMS) in the same year.  He is now a Fellow of NIMS and a Chief Operating Officer (COO) of the International Center for Materials Nanoarchitectonics (WPI-MANA). From 1979 to 1981, he was a visiting scientist at the Arizona State University, USA.  He served as a Professor of Tsukuba University from 1992 to 2008.  Since 2008, he has been an Adjunct Professor at Waseda University.

Yoshio Bando has received a number of awards including the 3rd Thomson Reuters Research Front Award (2012), the 16th Tsukuba Prize (2005), Academic Awards from the Japanese Ceramic Society (1997) and the Seto Award from the Japanese Society for Electron Microscopy (1994).  He is now an adjunct member of the Science Council of Japan and also a Fellow of The American Ceramic Society.  He has been selected as an ISI Highly Cited Researcher in Materials Science.

Professor Bando’s current research concentrates on the synthesis and properties of novel inorganic 1D/2D nanomaterials and their in-situ TEM analysis. His recent papers include:

Announcing new appointments to the Materials Horizons Advisory Board

We are delighted to announce the new appointments to the Materials Horizons Advisory Board!