Welcoming new members to the MSDE Editorial Board 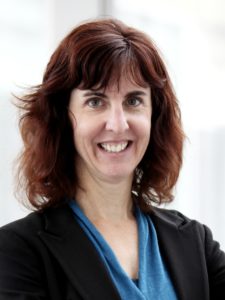 Linda Broadbelt is Sarah Rebecca Roland Professor in the Department of Chemical and Biological Engineering and the Associate Dean for Research of the McCormick School of Engineering and Applied Science at Northwestern University.

Her honors include selection as the winner of the R.H. Wilhelm Award in Chemical Reaction Engineering from AIChE, the E.V. Murphree Award in Industrial Chemistry and Engineering from the American Chemical Society, the Dorothy Ann and Clarence Ver Steeg Award, a CAREER Award from the National Science Foundation, and an AIChE Women’s Initiative Committee Mentorship Excellence Award, selection as a Fellow of the American Association for the Advancement of Science, a Fellow of AIChE, and a Fulbright Distinguished Scholar, appointment to the Defense Science Study Group of the Institute for Defense Analyses, and selection as the Su Distinguished Lecturer at University of Rochester, Ernest W. Thiele Lecturer at the University of Notre Dame and the Allan P. Colburn Lecturer at the University of Delaware.

Her research and teaching interests are in the areas of multiscale modeling, complex kinetics modeling, environmental catalysis, novel biochemical pathways, and polymerization/depolymerization kinetics. 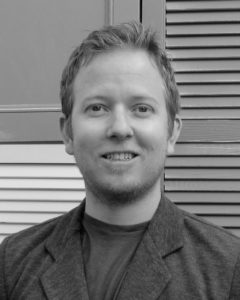 Luke Connal is a Senior Lecturer at the Research School of Chemistry at the Australian National University (ANU) where he is an ANU Futures Fellow.

He received a bachelor of Chemical Engineering and a PhD in polymer chemistry both from the University of Melbourne, Australia. In 2009 he completed a post-doctoral position with Frank Caruso developing new techniques for the self-assembly of polymers. He was then a joint Sir Keith Murdoch postdoctoral Fellow and Australian Linkage International Fellow at University of California Santa Barbra with Prof Craig Hawker. In 2013 Luke returned to the University of Melbourne as a veski Innovation Fellow and Senior Lecturer in the Department of Chemical and Biomolecular Engineering. In 2017 he moved his group to the Research School of Chemistry at the Australian National University.

His research program is in the design of advanced polymeric materials for applied systems. He has been recognised by numerous awards such as the ACS Chemical and Engineering News Talented 12. 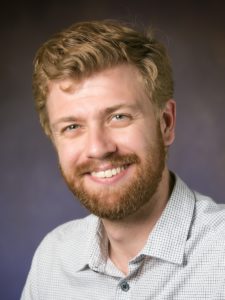 Andrew Ferguson is an Associate Professor at the Institute for Molecular Engineering at the University of Chicago.

He earned an M.Eng. in Chemical Engineering from Imperial College London in 2005, and a Ph.D. in Chemical and Biological Engineering from Princeton University in 2010 where he worked with Thanos Panagiotopoulos, Pablo Debenedetti, and Yannis Kevrekidis. From 2010 to 2012 he was a Postdoctoral Fellow of the Ragon Institute of MGH, MIT, and Harvard in the Department of Chemical Engineering at MIT working with Arup Chakraborty. He commenced his independent career in the department of Materials Science and Engineering at the University of Illinois at Urbana-Champaign in August 2012, and was promoted to Associate Professor of Materials Science and Engineering and Chemical and Biomolecular Engineering in January 2018. He joined the IME in July 2018.

Andrew’s MSDE paper Rational design of patchy colloids via landscape engineering won the Best Paper by an Emerging Investigator Award at the Frontiers of Molecular Engineering Symposium in Chicago in September 2018. 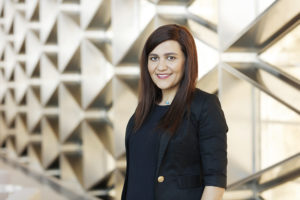 Niveen M. Khashab is an Associate Professor at the Physical Sciences and Engineering Division at King Abdullah University of Science and Technology (KAUST).

During her doctoral studies at the University of Florida, Prof. Khashab trained in organic chemistry in the laboratory of Prof. Alan R. Katritzky. During her post-doctoral studies at the University of California, Los Angeles and then at Northwestern University, Prof. Khashab continued her training in Sir Fraser Stoddart’s laboratory, where she worked on designing and making mechanized silica nanoparticles and molecular switches. Prof. Khashab has received the Crow award for organic innovation in 2006 and AlMarai award for excellence in nanotechnology in the Middle East region in 2013. She is also the 2017 recipient of the L’Oreal-Unesco international women in science award.

Her current efforts focus on the design, synthesis, and applications of organic-inorganic hybrid materials that are porous and dynamically controlled by stimuli (pH, light, magnet, enzymes….). Her lab aims to develop systems that can be triggered on demand using molecular self-assembly and supramolecular tools. 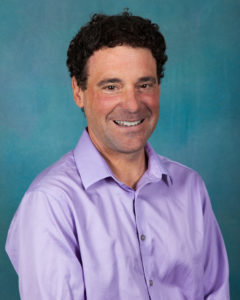 Patrick Stayton serves as Distinguished Career Professor in the Department of Bioengineering at the University of Washington. He is the founding Director of the Institute for Molecular Engineering and Sciences.

His research group works at the interface of fundamental molecular science and applied molecular bioengineering in the drug delivery, diagnostics, and regenerative medicine fields. Dr Stayton has a strong interest in translating the group’s research, and is a co-founder of the company Jewel Biotherapeutics based on drugamer and cell therapy work, PhaseRx Inc. based on RNA delivery, and Nexgenia Inc. based on pharma bioprocessing.

Please join us in warmly welcoming the new members of the MSDE Editorial Board!

Welcoming Andrew deMello to the MSDE Editorial Board

We are delighted to welcome Professor Andrew deMello (ETH Zurich, Switzerland) to the Molecular Systems Design & Engineering Editorial Board. 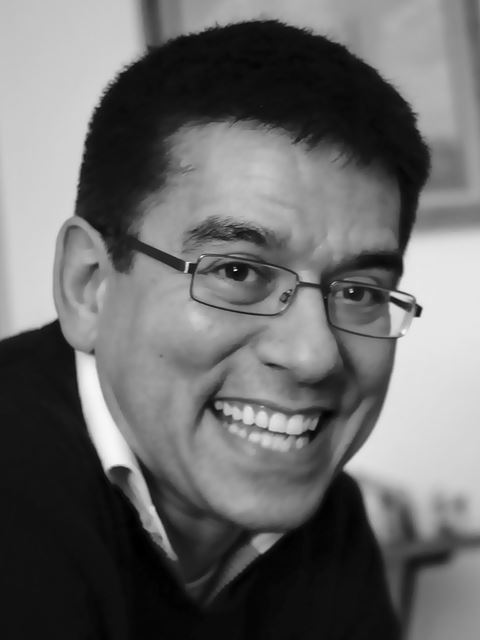 Andrew is currently Professor of Biochemical Engineering in the Department of Chemistry and Applied Biosciences at ETH Zurich and Head of the Institute for Chemical and Bioengineering. Prior to his arrival in Zurich he was Professor of Chemical Nanosciences and Head of the Nanostructured Materials and Devices Section in the Chemistry Department at Imperial College London.

He obtained a 1st Class Degree in Chemistry and PhD in Molecular Photophysics from Imperial College London in 1995 and subsequently held a Postdoctoral Fellowship in the Department of Chemistry at the University of California, Berkeley working with professor Richard Mathies.

His research interests cover a broad range of activities in the general area of microfluidics and nanoscale science. Primary specializations include the development of microfluidic devices for high-throughput biological and chemical analysis, ultra-sensitive optical detection techniques, nanofluidic reaction systems for chemical synthesis, novel methods for nanoparticle synthesis, the exploitation of semiconducting materials in diagnostic applications, the development of intelligent microfluidics and the processing of living organisms.

Please join us in warmly welcoming Professor deMello to the MSDE Editorial Board!

This month sees the following articles in Molecular Systems Design & Engineering that are in the top ten most read from January – March 2018.

Why not take a look at the articles today and blog your thoughts and comments below.

Welcoming Kristi Kiick to the MSDE Editorial Board

We are delighted to welcome Professor Kristi Kiick (University of Delaware, USA) to the Molecular Systems Design & Engineering Editorial Board. 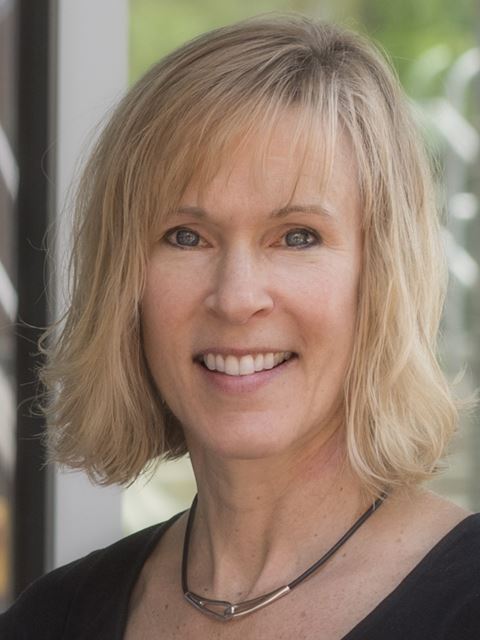 Please join us in warmly welcoming Professor Kiick to the MSDE Editorial Board!

We are delighted to welcome Professor Yongye Liang (Southern University of Science and Technology, China) to the Molecular Systems Design & Engineering Editorial Board, and the new members of our Advisory Board.

His primary research interest is molecular engineering, which combines chemical design and synthesis with device studies to develop advanced functional materials for organic electronics, electrocatalysis, and bioimaging. His current research focuses on:

The full Molecular Systems Design & Engineering team cam be found on our website.

As part of International Women’s Day, we would like to take the opportunity to celebrate research led by women and published in Molecular Systems Design & Engineering. With a big thank you to these researchers, and to all women that have contributed to work published in the journal, we encourage you to read their excellent work!

Various methods of deracemising mixtures of enantiomers are discussed that permit to isolate one of the enantiomers in essentially quantitative yield.

The minimalist protein scaffold rcSso7d is endowed with a non-native analyte-binding face and assessed as an alternative to antibodies in an in vitro point-of-care diagnostic test format.

A methyl-binding domain protein was engineered to bind to hemi-methylated DNA and tested in a biochip-based methylation detection assay.

Fluoresceins are molecularly engineered to extend their optical absorption to lower wavelengths, allowing their use in dye co-sensitized solar cells.

Rationalizing the suitability of rhodamines as chromophores in dye-sensitized solar cells: a systematic
molecular design study

Rhodamines are analyzed to judge their suitability in dye sensitized solar cells, revealing their predominant auxiliary role with DSC-functional co-sensitizers.

Markov state models have been widely applied to study time sequential events in a variety of disciplines.

A grand challenge in the field of structural biology is to design and engineer proteins that exhibit targeted functions.

A trend line method to facilitate the design of new block copolymer membranes, based on self-assembly and non-solvent induced phase separation is proposed.

The Molecular Systems Design & Engineering team is proud to announce our sponsorship of the upcoming Materials Research Society of Singapore event ICMAT 2017: 9th International Conference on Materials for Advanced Technologies, which will be taking place on 18–23 June 2017 at Suntec Singapore.

At ICMAT 2017 there will be 29 Symposia covering contemporary topics of importance for the science, engineering and technology of materials. The meeting will be a multidisciplinary forum providing over 2,000 research scientists and engineers a first-hand learning platform, as well as the opportunity to share and exchange ideas with some of the best minds in the field.

The 2017 E-MRS Spring Meeting and Exhibit will be held in the extended and modernized Convention Centre of Strasbourg (France), from May 22 to 26, 2017.

The conference will consist of 26 parallel symposia with invited speakers, oral and poster presentations and a plenary session to provide an international forum for discussing recent advances in the field of materials science. The conference will be augmented by an exhibition of products and services of interest to the conference participants.

In particular, Semiconductors Symposium M, Novel transport phenomena in organic electronic devices: heat, spin and thermoelectricity, will review our physical understanding of such processes and the state-of-the-art for devices.

Invited speakers for this symposium:

For more information, including the Scientific Committee and hot topics to be covered, please see the symposium page on the MRS 2017 website.

We are delighted to announce that Molecular Systems Design & Engineering will be sponsoring the 2017 Asia-Pacific Hybrid and Organic Photovoltaics Conference (AP-HOPV17), to be held at Yokohama, Japan on 3–4 February 2017.

Organised by Chair Tsutomo Miyasaka (Toin University of Yokohama, Japan) and co-Chairs Hiroshi Segawa (University of Tokyo, Japan) and Ivan Mora-Seró (Universitat Jaume I, Spain) and building upon the success of previous HOPV conferences, AP-HOPV17 will provide an excellent opportunity for scientists and engineers worldwide to exchange information and discussions on the latest developments in photovoltaics.

Congratulations to the ANNIC 2016 award winners!

We are delighted to announce the winners of prizes sponsored by Molecular Systems Design & Engineering awarded at the ANNIC 2016 conference, recently held in Barcelona, Spain.

Please join us in congratulating Prof. Koh, Mr Balcytis and Dr Dubkov! The winners’ abstracts can be read in the ANNIC 2016 Book of Abstracts, available from the conference website.