Earlier this year Professor Richard Payne from University of Sydney, Australia, was announced as the the recipient of the 2015 MedChemComm Emerging Investigator Lectureship.

We are pleased to let you know that Richard will be presenting his talk entilted:

‘New ligation technologies for the rapid assembly of modified proteins‘

at the upcoming Chemical Protein Synthesis (CPS) Meeting in St. Augustine, Florida on Friday the 19th of June.

The meeting starts on the 16th of June  2015 and online registration for the meeting closes the 10th of June – so there’s still time to register to see Richard’s talk! 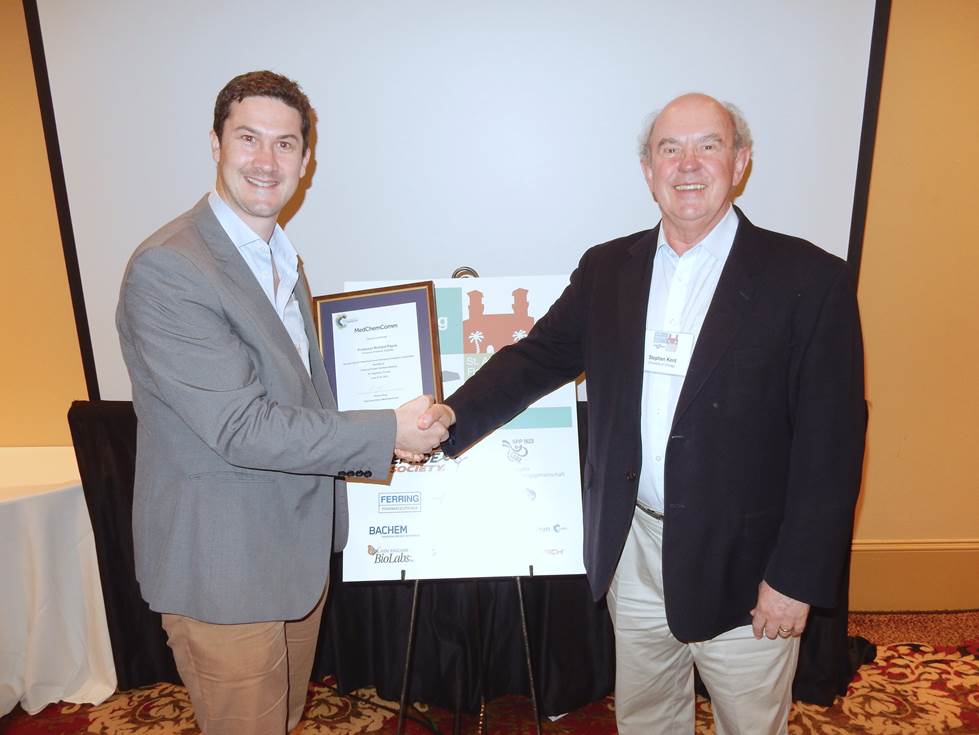