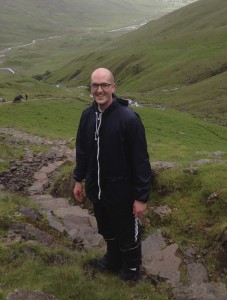 Dr Matthew Fuchter is a Senior Lecturer in Synthetic and Medicinal Chemistry within the Synthesis Group at the Department of Chemistry at Imperial College.

He completed PhD research under the supervision of Professor A. G. M. Barrett, FRS FMedSci and postdoctoral studies at the Commonwealth Scientific and Industrial Research Organisation, Australia, where he worked with Professor A. B. Holmes, FRS.

In 2014 he was awarded the RSC Harrison-Meldola Memorial Prize, as well as being admitted to the Royal Society of Chemistry as a Fellow.

At Imperial College he is heavily involved in research at the interface of chemistry and medicine. For example, he is a Managerial Board member of the anti-cancer drug discovery group, a Research Board member of the Institute of Chemical Biology and co-Director of the MRes in Drug Discovery.