Introducing the newest members of the JAAS Advisory Board

We are delighted to announce the appointment of four new members to the JAAS Advisory Board. All four of our new members have been recipients of JAAS Emerging Investigator Lectureships in recent years. The Lectureship aims to recognise and support an emerging scientist working in the area of atomic spectrometry in the early stages of their independent career. 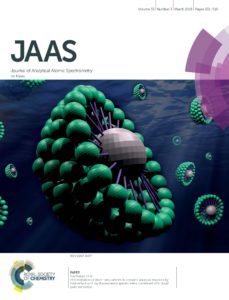 Márcia Mesko, Federal University of Pelotas, Brazil
Márcia Foster Mesko was the recipient of the 2018 JAAS Emerging Investigator Lectureship. Read her contribution to the recent Young Analytical Scientist Issue of the journal titled “Sample preparation of lipstick for further Cd and Pb determination by ICP-MS: is the use of complexing acids really necessary?”

JAAS is guided by an international Editorial Board and Advisory Board – more information on our board members can be found on our website. We welcome the knowledge and expertise our four new Advisory Board members will bring to the journal and we very much look forward to working with them. Welcome to the JAAS team!