Nominations are open for the JAAS Emerging Investigator Lectureship

We are delighted to announce we are welcoming nominations for the inaugural JAAS Emerging Investigator Lectureship. Launching to coincide with the 30th anniversary of the journal, the lectureship will be awarded annually from 2015 to recognise and support an emerging scientist working in the area of atomic spectrometry in the early stages of their independent career. 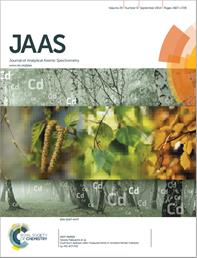 The recipient of the lectureship will present their research at a relevant high-profile international meeting and receive a contribution of up to £2000 to cover associated travel and accommodation costs. They will be awarded a certificate and asked to contribute a Perspective or research article to JAAS.

The lectureship is open worldwide to researchers working in atomic spectrometry within scope of JAAS who are at an early stage of their independent career. Typically this will be within 10 years of completing their PhD, but appropriate consideration will be given to those who have taken a career break or followed a different study path.

Nominations must be received by the Editorial Office by March 1st 2015; researchers cannot nominate themselves and members of the Editorial Board judging panel are not eligible to receive the lectureship.

• A letter of recommendation, including achievements and evidence of research independence of the nominee

• A brief biography of the nominee, including a summary of education and career

• A list of relevant publications, highlighting those of particular significance as judged by the nominator

To make a nomination please send the Editorial Office a letter of recommendation, nominee biography and publication list no later than March 1st 2015.