Welcome to our new Food & Function Advisory Board members!

We are delighted to welcome our new Food & Function Advisory Board members! Read more about them below: 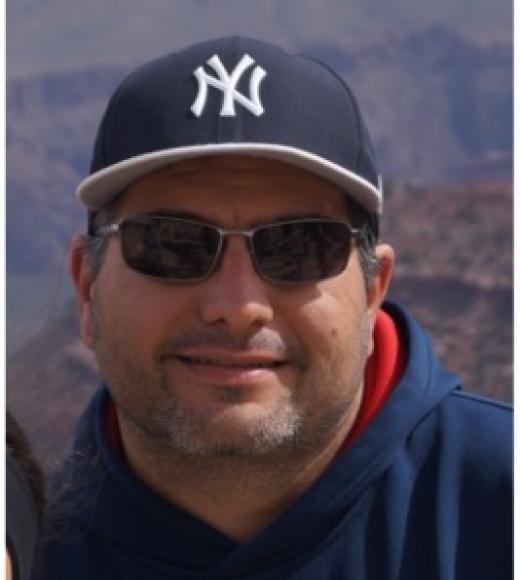 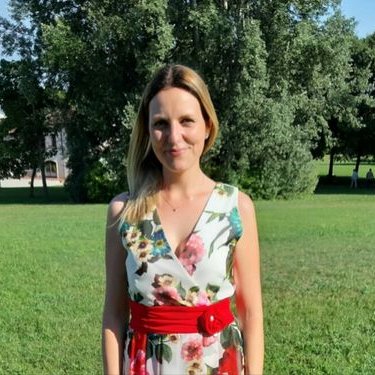 Dr. Letizia Bresciani is Assistant Professor at the Human Nutrition Unit of the Department of Food and Drugs at the University of Parma. She received a PhD in Food Science and Technology at the University of Parma (2016). Her research primarily focuses on identification and characterization of phytochemicals, mainly (poly)phenols, in plant-based foods, and their human metabolism, bioavailability and bioactivity in vivo, with a particular interest in inter-individual variability related to microbial catabolite production. She has a large experience in liquid chromatography coupled with mass spectrometry, and she developed analytical methods to identify and quantify native plant phytochemicals, as well as phytochemical human metabolites and microbial catabolites. s 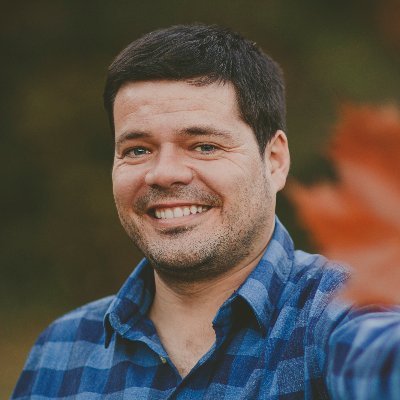 Antonio González-Sarrías obtained his Bachelor Degree in Biology (University of Murcia-UMU, Murcia, Spain) in 2003. From September 2003 to June 2005, he was collaborating at the Cell Biology Department (Faculty of Biology, UMU). He carried out his PhD studies from 2005 to 2009 at the Research Group on Quality, Safety, and Bioactivity of Plant Foods in CEBAS-CSIC (Murcia, Spain), funded by a FPI grant from the Ministry of Education and Science of the Spanish Government.

From May 2010 to May 2012 he continued working as a postdoctoral researcher at the Bioactive Botanical Research Laboratory, College of Pharmacy at the University of Rhode Island (Rhode Island, USA) under the supervision of Professor Navindra P. Seeram.

In June 2012, he returned to CEBAS-CSIC with a postdoctoral contract. In January 2014 he started to work as a postdoctoral scientist with a “Juan de la Cierva” grant for three years, until December 2016, from the Ministry of Economy and Competitiveness of the Spanish Government (Spain). Next, he kept working as a postdoc as a member of the Food & Health Lab (CEBAS-CSIC) until July 2018 that he achieved the position of Tenured Scientist-CSIC at CEBAS-CSIC.

He has developed an active research program for the last 15 years related to health-diet interaction. The main line of research is based on the identification of plant foods polyphenols that could have a beneficial effect on health, particularly against colorectal and breast cancer, intestinal inflammation and cardiovascular diseases, to evaluate whether polyphenols are responsible for that a diet rich in fruits and vegetables is correlated with a lower incidence of cardiovascular disease and cancer. This goal is approached in a multidisciplinary way covering from preclinical studies (cell culture and animal models) and human studies, and intending to establish the physiological conditions at which polyphenols or their derived metabolites (phase II or microbial) exert their action in the potential target organs of these compounds. Thus, taking into account the observed effects in vivo we perform, in physiologically relevant conditions, in vitro mechanistic studies to identify the pathways involved in the observed processes. 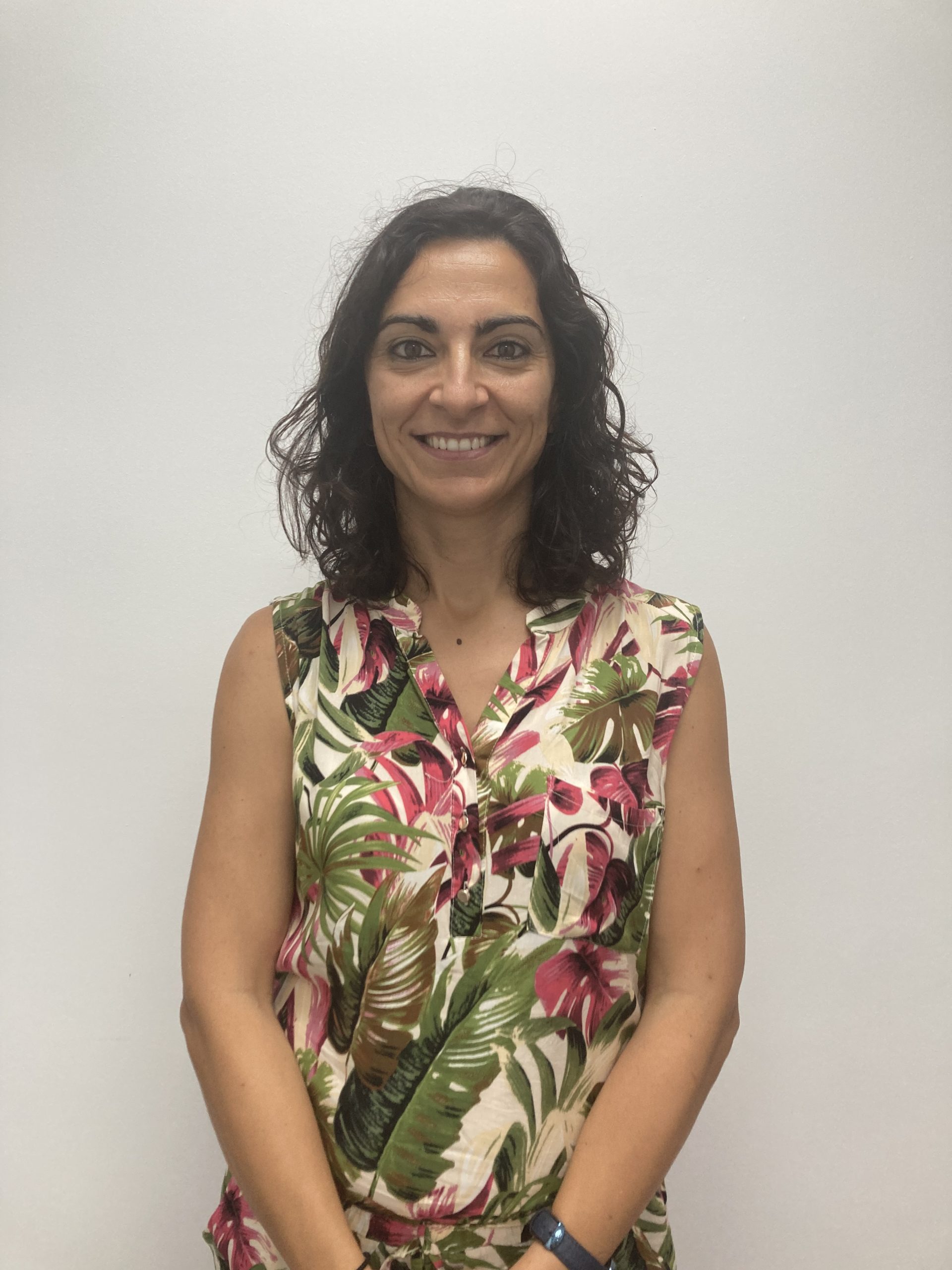 Rocio Garcia Villalba is a Chemical Engineer and undertook her PhD studies in the Department of Analytical Chemistry at the University of Granada (2006-2010). She demonstrated the potential of different analytical platforms for the characterization of compounds of interest in different food matrices, mainly phenolic compounds in olive oil samples. After her PhD, she started her postdoc at the Food Science and Technology Department of CEBAS-CSIC in Murcia.

Her main research line deals with polyphenols and health, specifically in optimizing advanced analytical methods for secondary metabolites, mainly polyphenols, in plant extracts and biological samples, studying their metabolism, bioavailability, pharmacokinetics, and interactions with the gut microbiota. She has been involved in research projects where important advances have been made related to the bioavailability and metabolism of ellagitannins and their active microbial metabolites, urolithins. She has also collaborated with international research teams and private companies to know more about the physiological concentrations and metabolic state of other families of polyphenols. She has worked on the interindividual variability in response to consumption of plant food bioactives through the participation on a European Positive COST Action. She was principal investigator of a JIN project (2017-2020) more focused on the gut microbiota metabolism and she is interested in continuing to delve into the gut microbial metabolome, its interaction with polyphenols and the gut microbiota-brain axis. 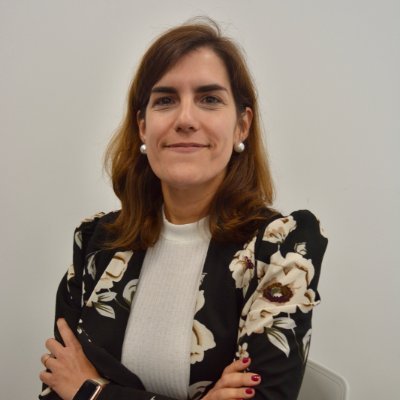 Professor Allegra’s research interests focuses on the role of micronutrients and phytochemicals in oxidative stress-dependent, inflammatory-related pathologies. He is fascinated by the interplay between plant and mammalian molecules in xenhormethic terms. By looking at the plant kingdom as a striking pharmacological cornucopia, he  has decided to focus his attention to a molecule holding a small niche within the immensity of the chemical space occupied by phytochemicals: Indicaxanthin.

Over the last 20 years he have been characterising the health properties of phytochemicals from several sources such as Opuntia Ficus Indica fruit, Pistachio nut, Caper and Manna from both biochemical and pharmacological perspectives.

Please join us in welcoming our new  Food & Function Advisory Board, who will help shape the bright future of our journal!

Comments Off on Welcome to our new Food & Function Advisory Board members!

In celebration of the International Conference on Polyphenols and Health (ICPH) 2022 in London, UK, we are delighted to announce that Food & Function is launching a Special Issue to highlight the latest trends, topics and developments in the field of polyphenols, food science and health. This includes but is not limited to research on the:

We welcome submissions of original research articles and reviews, which (following successful peer review) will be published and added to the online collection. Papers will receive extensive promotion throughout the submission period and also will be disseminated widely as a prominent issue for the journal.

This Special Issue is now open for submissions with a deadline of November 1st 2022. 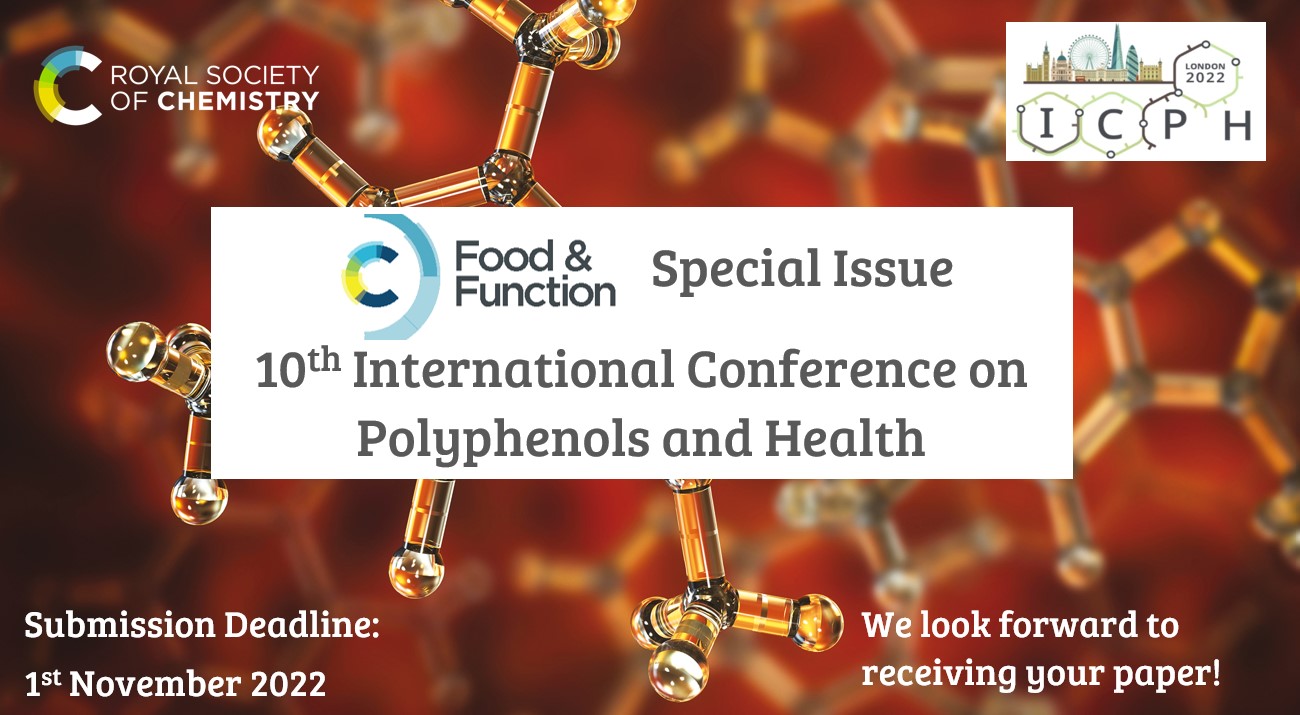 If you are interested in submitting to the Special Issue, please submit directly via https://mc.manuscriptcentral.com/food and quote the Special Issue code ICPH22 (or alternatively, please get in touch with the Food & Function Editorial Office at food-rsc@rsc.org).

We look forward to receiving your paper!

The conference aim is to gather leading international experts from academia and industry to share the latest research and developments in the field of food colloids.

The conference has a long history, starting in 1986 and has since been held at different locations throughout Europe.

Food of the future needs not only to be appealing and nutritious, but will also be required to provide health benefits. Furthermore, food needs to be sustainable throughout the production chain. A challenge is that formulated foods often are colloids that are both complex and polydisperse, both in relation to composition and structure, as well as in terms of changes with time. Clearly the study and understanding of such foods requires a combination of techniques and a new toolbox with unsurpassed spatial and time resolution. As a response to these needs unique large-scale research infrastructures, i.e. the synchrotron MAX IV and the neutron source ESS are being built up in Lund.

Find out more about the conference via the relevant links below:

Associate Professor in the Plants for Human Health Institute

He received a BS in Food Science at Brigham Young U 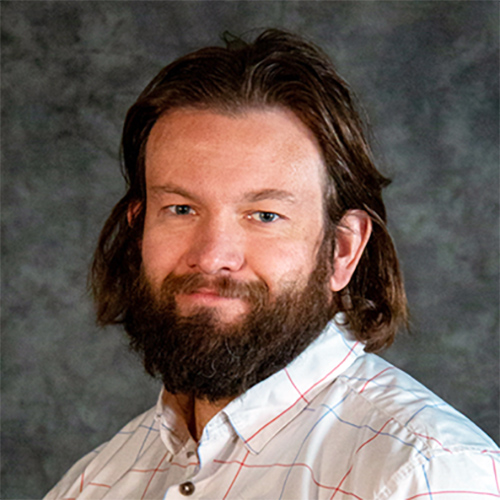 niversity (2005) and PhD in Food Science at Purdue University (2009). Dr. Neilson also completed a postdoctoral fellowship at the University of Michigan Medical School (2009-2011), in the Department of Family Medicine and Comprehensive Cancer Center. Prior to joining the faculty at North Carolina State University, Dr. Neilson began his career as a faculty member in the Department of Food Science and Technology at Virginia Tech (2011-2018).

Dr. Neilson’s research focuses on the interactions between dietary phytochemicals and the gut microbiome, and how these interactions influence human health. Of specific interest are the bioactivities of microbial metabolites produced when the gut microbiome metabolizes unabsorbed dietary components. Specific health areas of interest include gut health and metabolic syndrome. Dr. Neilson is a member of the Institute of Food Technologist (IFT), the American Society for Nutrition (ASN), and the Phytochemical Society of North America (PSNA).

Associate Professor in the Department of Food Science

He received a BS and MS degree in Food Science and Biotechnology at Seoul National University (Korea), and obtained his Ph.D. in Food Science at Rutgers University (NJ, USA). He then worked as a post-doctoral fellow in the Nutritional Sciences and Toxicology Department at the University of California, Berkey. Prior to Purdue University, Dr. Kim was an assistant professor at the Medical College of Wisconsin in the Department of Medicine.

Using cell culture, animal models and C. elegans, his research interest focuses on developing food-based strategies for regulating adipose function and its metabolic link to aging and cancer. He is also interested in understanding the role of cholesterol metabolism in obesity

Please join us in welcoming Andrew & Kee-Hong to our Food & Function Editorial Board and community! They look forward to receiving your next submission.

A warm welcome to our new Food & Function Advisory Board member: Kevin Murray

We are delighted to welcome Professor Kevin Murray (The University of Western Australia) to the Food & Function Advisory Board. 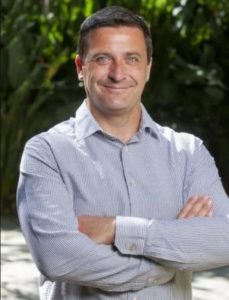 Kevin is a highly experienced applied biostatistician who is currently the Head of the Division of Population Studies at the University of Western Australia. With over 20-years statistical experience, he has acquired extensive knowledge and expertise in clinical trials, epidemiological studies, intervention studies, surveys, longitudinal studies and studies involving linked data. He is currently principal supervisor for 3 PhD students and co-supervisor for 8 students, with several recent completions. He is currently the Chair of the Research Committee and a Board Member of the Busselton Population Medical Research Institute, and sits on the representative council as an Australasian representative for the International Biometrics Society. He was previously employed in the role of the Director of the University of Western Australia’s Centre for Applied Statistics (2009-2016), where he developed associations with researchers and business clients and built and mentored a strong team of biostatisticians.

Please join us in welcoming Kevin to our community!

Comments Off on A warm welcome to our new Food & Function Advisory Board member: Kevin Murray 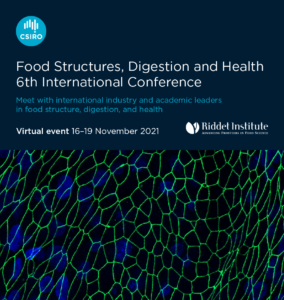 The Food Structures, Digestion and Health 6th International Conference is focused on increasing awareness that food format and food structure have a significant effect on the bio-availability of nutrients. The focus has shifted development of nutritional guidelines away from the more traditional approach of simply examining the nutrient composition of foods.

This important conference presents a unique opportunity to bring together food industry professionals, and world leading scientists – from diverse disciplines including food science, nutrition, digestive behaviour and medical science with a common interest in food design that delivers better nutrition and functionality and improves consumer wellbeing.

Sessions will range from Food Structures Design, Processing & Digestion to the Food Microbiome and Health, from expert speakers in their fields. The full program is available to read here.

Don’t miss out on this fantastic conference. To find out more and register your place, please follow this link.

Food & Function is delighted to sponsor INDC 2021, November 29 – December 2, 2021, which will be held at Hotel Amarilis Prague, Czech Republic.

The INDC 2021 is an annual leading meeting which represents an invaluable resource for nutritionists, medical doctors, analytical chemists, biochemists, chemists, and those in the clinical diagnosis seeking new technologies and new approaches in the field of nutrition, food diseases, food components and health trends. INDC is continuously growing and it is reflected by the participation of more than 40 nationalities and scientific contributions from a variety of application areas. Examples of topics areas to be covered and events are as below: 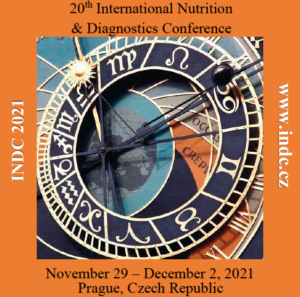