Nominations are open for the inaugural PCCP Emerging Investigator Lectureship

The winner will be awarded up to £1000 to attend and present their research at a leading international conference and be invited to contribute a Perspective article to the journal. Nominations must be made to the Editorial Office by 2 September 2016 via the lectureship nomination form.

We are delighted to announce we are welcoming nominations for the inaugural PCCP Emerging Investigator Lectureship. Launching this year, the lectureship will be awarded annually from 2016 onwards to recognise and support an emerging scientist working in physical chemistry, chemical physics or biophysical chemistry. 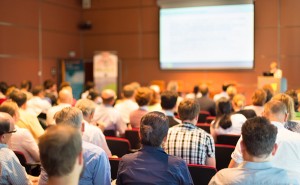 Lectureship details
The PCCP Emerging Investigator Lectureship recognises the significant contribution of early career researchers in physical chemistry, chemical physics and biophysical chemistry and is a platform for an early career physical chemist to showcase their research to the wider scientific community. The recipient will receive up to £1000 contribution towards travel and accommodation costs to attend and present at a leading international meeting hosted by the PCCP Ownership Board. The recipient will also be invited to contribute a Perspective article to PCCP.

Eligibility
To be eligible for the lectureship, candidates must:
•    Have completed their PhD and be pursuing an independent research career within physical chemistry, chemical physics or biophysical chemistry.
•    Be at an early stage of their independent career. Typically this will be within 10 years of completing their PhD, but appropriate consideration will be given to those who have taken a career break or followed a different study path.

Selection criteria, nomination and judging process
•    Nominations must be made via email using the PCCP Emerging Investigator Lectureship nomination form and a letter of recommendation.
•    Individuals cannot nominate themselves for consideration.
•    The recipient will be selected by the PCCP Editorial Board at the 2016 PCCP Editorial Board meeting. Details of the PCCP Editorial Board can be found online at www.rsc.org/pccp.
•    The winner will be selected based on their nomination, with due consideration given to the letter of recommendation, candidate biography, research achievements, previous PCCP publications and overall publication history.