Comments Off on 2019 RSC Prizes and Awards 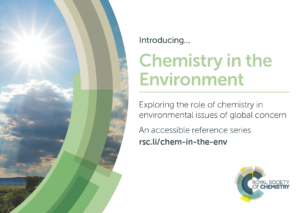 Chemistry in the Environment.

With environmental issues of increasing global concern to both the public and governments, there is growing interest in scientific research that will allow us to predict, prevent and resolve environmental problems. This Series will deliver up-to-date and critical perspectives on the fate, behaviour and interactions of chemicals and pollutants (both natural and man-made) in the environment.

We are actively seeking new proposals. If you have ever considered writing or editing a book, or you have a good idea for a topic we should cover, please get in touch with either myself (email armesh@rsc.org) or one of the Series Editors. You can read more about our publishing process and how to propose a book to us on our website.

Comments Off on New Book Series Chemistry in the Environment

Guest post from the Editor of Green Synthetic Processes and Procedures

Our Green Chemistry Series has now been running for just over a decade. To mark this anniversary we asked the Editors of some of the first books in the Series whether they wanted to re-visit the topics of those books for an update. Professor Roberto Ballini from the University of Camerino was one such Editor. Here he has written a few words about his new book Green Synthetic Processes and Procedures. 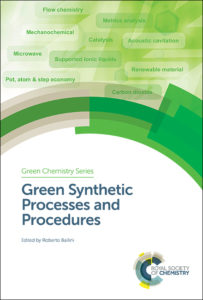 Back in 2009 the RSC commissioned me to act as editor for the book Eco-Friendly Synthesis of Fine Chemicals, a book dedicated to the concepts of Green Chemistry. The Book aroused a lot of interest and a very large number of copies were sold.

A decade has passed since then, and there has been great growth in the field of Green Chemistry, both in the Industry and Academia. Providing a thorough overview of the current green synthetic topics, from biocatalysis to sonochemistry, the RSC once again asked me to organize, as Editor, the publication of a new book with the most recent advances in the field of Green Synthetic Processes and Procedures. The book will be published in July 2019 and is intended as a useful resource for any chemist wishing to design cleaner and safer procedures.

Organized in fifteen chapters the book is dedicated to several of the main topics of Green Chemistry and is written by leading experts in the field.

Thus the book provides a broad spectrum of recent advances and recent trends in sustainable synthesis. The volume will be very useful both for those involved in scientific research and in the dissemination of the Green Chemistry sector.

You can view the full table of contents and pre-order this book through our website. Remember to check back once the book has been published when the first chapter will be available to read for free. 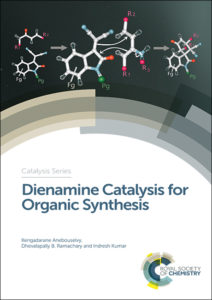 Led by Editor in Chief David Thurston, the series covers all aspects of drug discovery and medicinal chemistry making use of expert case studies to accessibly detail both fundamental science and cutting-edge technologies. Since 2010 with the publication of Metabolism, Pharmacokinetics and Toxicity of Functional Groups the series has gone on to cover hot topics from nanomedicines and epigenetics to anti-aging drugs and green chemistry.

View all 60 titles in the Drug Discovery Series. 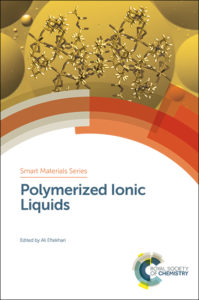 Led by Series Editors Hans-Jorg Schneider and Mohsen Shahinpoor, the series provides students and researchers with the fundamentals and applications of different smart materials from renowned international experts.

Since the publication of its first book in 2012 on Janus particles, the series has gone on to cover hot topics from smart materials for drug delivery and tissue engineering to opto-electronics and environmental applications.

View all 30 titles in the Smart Materials Series.

Don’t forget you can freely access the table of contents, preface, front matter and first chapter of every eBook in the series.

If you have an idea for a book in the series or just want to know more then please contact Commissioning Editor Leanne Marle.

The series will focus on food chemistry, the functions of food in relation to health and analytical methods and approaches used by scientists in the area. All these are critically important in understanding food science and chemistry which will help to answer some of the biggest global challenges we face today which have food at their core. It is aimed at all levels from graduates to academic and industrial researchers in food science and chemistry, as well as others who work at the interface of chemistry, physics and the biology of food.

Series editors, Professor Gary Williamson (University of Leeds, UK), Professor Alejandro G. Marangoni (University of Guelph, Canda) and Professor Juliet A. Gerrard (University of Auckland, New Zealand) will be leading the way. All are experts within this area and more information can be found about them by clicking the links in their names.

The first book to be published under this new series is Food Biosensors. Biosensors are a key topic, as they offer a much quicker, more reliable and more versatile method for the detection of toxins, allergens, hormones, microorganisms, pesticides and other compounds. Covering fabrication of biosensors, the development of miniaturised devices as well as the latest applications in the food industry, the book is written by world renowned scientists and is edited by Professors Minhaz Uddin Ahmed, Mohammed Zourob and Eiichi Tamiya.

This book is a key resource for food biotechnologists, food chemists and biosensor related students and researchers all over the world.

Please keep an eye out for our future publications in 2017 within this exciting new book series.

Comments Off on New Series: Food Chemistry, Function and Analysis

New in the Energy & Environment Series:

New in the Nanoscience & Nanotechnology Series:

New in the Polymer Chemistry Series:

New in the Smart Materials Series:

New in the Soft Matter Series:

Meet the Editor-in-chief for the Nanoscience & Nanotechnology Book Series Paul O’Brien CBE FREng FRS on the stand between 2.30pm-3.30pm on Wednesday 30th November.

The Books Catalogue 2017 is here

To explore our latest titles and find out what’s on the horizon, download your copy of our Books Catalogue.

And that’s just a taste of what’s waiting for you inside the catalogue.

Would you prefer a print version of our Books Catalogue? Just send us your address and we’ll be happy to post one out to you.

Comments Off on The Books Catalogue 2017 is here 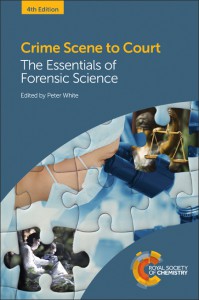