Analyst is delighted to welcome a new Editor-in-Chief, Norm Dovichi. 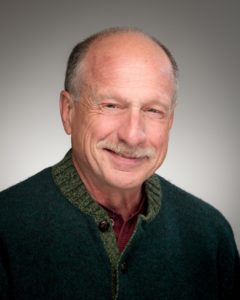 Norman Dovichi is an emeritus professor in the Department of Chemistry and Biochemistry at the University of Notre Dame. He received his BSc with a dual major in Chemistry and Mathematics from Northern Illinois University and his PhD in Physical Analytical Chemistry from the University of Utah, where he was Joel Harris’s first PhD student. He spent two years as a postdoctoral fellow at Los Alamos Scientific Laboratory with Dick Keller. Since then he has held faculty positions at the Universities of Wyoming, Alberta, and Washington before moving to Notre Dame. Dovichi has graduated 69 PhD students, has published over 300 papers, holds seven US patents, and has given over 350 invited talks. He has served on the editorial advisory boards of 16 journals and served as Associate Editor for Analytical Chemistry for 17 years. He also has been named as an honorary professor at the Dalian Institute of Chemical Physics, Chinese Academy of Sciences.

His group played a pioneering role in a range of research topics in analytical chemistry. In the 1980s, he introduced the concept of single molecule detection to the chemical literature; in recognition for this work, he was invited as a plenary lecturer at the Nobel Conference on Single Molecule Spectroscopy held in 1999. In the 1990s, his group developed capillary array electrophoresis instruments for high-throughput DNA sequencing. He was recognized for this work by the journal Science as an “Unsung Hero of the Human Genome Project” and he was a plenary lecturer at the symposium on the Evolution of DNA Sequencing Technology, held at Cold Springs Harbor in 2015. Over the last decade, his group has focused its attention on coupling capillary electrophoresis with tandem mass spectrometry as a tool for high throughput and high sensitivity proteomic analysis. This instrumentation has been patented and is now marked by CMP Scientific and Agilent. Finally, his group has recently coupled capillary electrophoresis with next-generation DNA sequencing for the comprehensive metagenomic analysis of complex environmental microbiomes.

Analyst would also like to take this opportunity to thank our previous Editor-in-Chief, Professor Duncan Graham, for his service to the journal.

Submit your best work to Norm and our team of Associate Editors now!