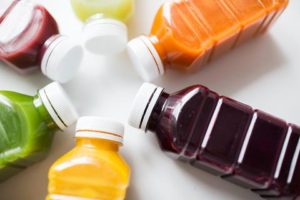 Scientists in Germany have designed a simple polymer that can be used in a sensor to distinguish between similar fruit juices.

Sensors that analyse food, drink and drugs are important for quality control and preventing fraud. Chemo-optical sensors, or tongues, already exist for testing wine, coffee, whiskey and other beverages. Due to the complex nature of these samples, the tongues comprise a number of sensors, which undergo structural changes to provide a colour or fluorescence pattern in the presence of various analytes. Chemometric techniques then analyse the pattern, reporting the distinct ‘taste’ for each product.