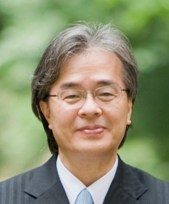 Professor Kitamori is former Vice President of the University of Tokyo and is also a Professor in the Department of Applied Chemistry. His areas of research are micro/extended-nano fluidics, integration of chemical systems on microchips, applied laser spectroscopy for ultrasensitive detection, analytical chemistry, and extended-nano space chemistry.

Below, see what Takehiko says about each of the articles he has selected- all of which are free to access for the next 4 weeks!

Molecular recognition characteristics were realized in temperature-responsive chromatography using a temperature-controllable stationary phase and water as the sole mobile phase, which has been continuously developed by the authors. Functionalizing poly(N-isopropylacrylamide)-modified stationary phase by aromatic amino acids dramatically increases the retention times of aromatic steroids and aromatic amino acids in the separation. The method has potential in the separation of complex and delicate peptides, proteins and antibodies, which is important in biomedical and biochemical analysis.

Very useful iron oxide nanoparticles for matrix-assisted laser desorption/ionization mass spectrometry was reported, which greatly suppresses the background noise by self-ionization of ionization-assisting material. While conventional ionization methods and instruments have limitations by the molecular weight of the analyte, their new method allowed analysis of various molecules at wide-range molecular weights (102-104) such as pesticides, plant hormones, peptides and proteins.

The authors discovered that using the hydrated ionic liquid can enhance the selectivity of DNA sequence sensing by 10,000 times, due to stabilization of the triplex structure of DNA and inhibition of DNA degradation by contaminating nuclease. The DNA sensor using the hydrated ionic liquid greatly contributes to detection of disease-related genes in genetic diagnosis.

A new imaging mass spectrometry system coupled with affinity-based imaging was applied to screening of chemical compounds with high affinity for Alzheimer’s disease brain. The method is very selective and applicable widely for organs and tissues, which will be important in medical diagnosis and cell biology.