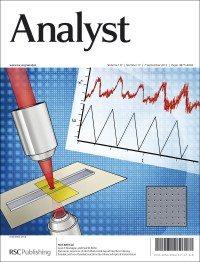 On the inside front cover, Jing-Juan Xu and colleagues from Nanjing University, China, have designed a switchable electrochemical sensor for the detection of mRNA from the apoptosis inhibition protein survivin in living cells. The authors say their work may provide a new field of vision to detect biomolecules in living cells. 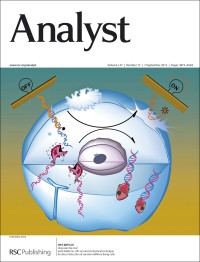 Both these cover articles are free-to-access for 6 weeks.

Don’t forget to take a look at the other HOT articles featured in Issue 17.

One Response to “Issue 17 now online”