From this year onwards, we would like to introduce the Organic Chemistry Frontiers Best Paper prizes which recognize the most outstanding papers published in the journal. After a selection process involving the Associate Editors, Editorial and Advisory Board members, we have chosen to award not only a best paper but also a runner-up and a best review. 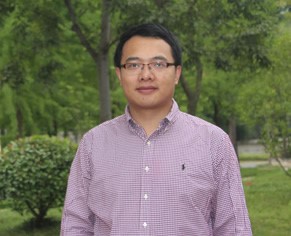 Zhuangzhi Shi received his B.S. and M.S. degrees in chemistry and organic chemistry from Yangzhou University in 2005 and 2008. Then, he moved to Peking University and completed his Ph.D. in medicinal chemistry with Prof. Ning Jiao. In 2011, he joined the group of Prof. Frank Glorius at Westfalische Wilhelms-Universitat Münster (Germany), as an Alexander von Humboldt Research Fellow. In 2014, he joined the faculty at Nanjing University as a full professor. His current research efforts are focused on synthetic methodology, including the activation of inert chemical bonds, radical chemistry, boron chemistry and asymmetric catalysis. 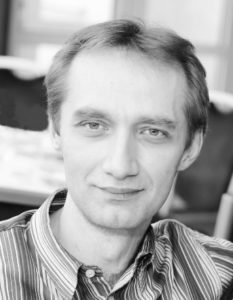 His research has been supported by grants of the President of Russia for young scientists (2004, 2007). He was a recipient of the Russian State Prize for Outstanding Achievements in Science and Technology (2004), an Award of the Science Support Foundation (2005), a Medal of the Russian Academy of Sciences (2000), Liebig Lectureship from the German Chemical Society (2010), and Balandin Prize for Outstanding Achievements in Catalysis (2010).  He has been named Actively Cited Researcher – Russia by Thomson Reuters (2015). He was a recipient of the Organometallics Distinguished Author Award Lectureship by the American Chemical Society (2016), Hitachi High-Technologies Award in Appreciation for Novel Approaches and Outstanding Contributions to Setting New Standards for Electron Microscopy Applications in Chemistry (2016), Reaxys Award Russia (2019), Zelinsky Prize for outstanding achievements in organic chemistry (2020).

Recent advances in the total synthesis of cyclobutane-containing natural products 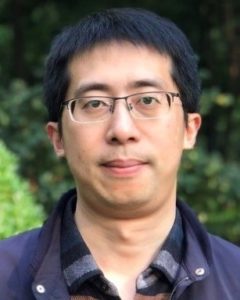 Hanfeng Ding received his Ph.D. from Zhejiang University in 2008. From 2009 to 2011, he was a postdoctoral fellow at ASTAR, Singapore. He joined the Department of Chemistry, Zhejiang University as a faculty member in September 2011. His current research interests focus on the development of new methodologies and strategies for the total synthesis of structurally complex and biologically active natural products.