Archive for the ‘Best Paper’ Category

From this year onwards, we would like to introduce the Materials Chemistry Frontiers Best Paper prizes which recognize the most outstanding papers published in the journal. After a selection process involving the Associate Editors, Editorial and Advisory Board members, we have chosen to award not only a best paper but also a runner-up and a best review. 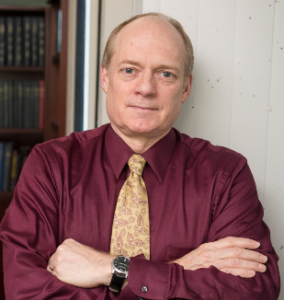 Timothy M. Swager is the John D. MacArthur Professor of Chemistry and the Director, Deshpande Center for Technological Innovation at the Massachusetts Institute of Technology. A native of Montana, he received a BS from Montana State University in 1983 and a Ph.D. from the California Institute of Technology in 1988.  After a postdoctoral appointment at MIT he was on the chemistry faculty at the University of Pennsylvania 1990-1996 and returned to MIT in 1996 as a Professor of Chemistry and served as the Head of Chemistry from 2005-2010.  He has published more than 500 peer-reviewed papers and more than 110 issued/pending patents. Swager’s honors include: Election to the National Academy of Sciences, an Honorary Doctorate from Montana State University, National Academy of Inventors Fellow, The Pauling Medal, The Lemelson-MIT Award for Invention and Innovation, Election to the American Academy of Arts and Sciences, The American Chemical Society Award for Creative Invention, The American Chemical Society Award in Polymer Chemistry, The Christopher Columbus Foundation Homeland Security Award, and The Carl S. Marvel Creative Polymer Chemistry Award (ACS).

Swager’s research interests are in design, synthesis, and study of organic-based electronic, sensory, energy harvesting, membrane, high-strength, liquid crystalline, and colloid materials.  His liquid crystal designs demonstrated shape complementarity to generate specific interactions between molecules and includes fundamental mechanisms for increasing liquid crystal order by a new mechanism referred to as minimization of free volume. Swager’s research in electronic polymers has been mainly directed at the demonstration of new conceptual approaches to the construction of sensory materials.  These methods are the basis of the FidoTM explosives detectors (FLIR Systems Inc), which have the highest sensitivity of any explosives sensor.   Other areas actively investigated by the Swager group include radicals for dynamic nuclear polarization, applications of nano-carbon materials, organic photovoltaic materials, polymer actuators, membranes, and luminescent molecular probes for medical diagnostics.  He has founded five companies (DyNuPol, Iptyx, PolyJoule, C¬2 Sense and Xibus Systems) and has served on a number of corporate and government boards.

Jeffrey C. Grossman is the Department Head of Materials Science and Engineering at the Massachusetts Institute of Technology and the Morton and Claire Goulder and Family Professor in Environmental Systems. He received his PhD in theoretical physics from the University of Illinois and performed postdoctoral work at the University of California at Berkeley. He was a Lawrence Fellow at the Lawrence Livermore National Laboratory and returned to Berkeley as director of a Nanoscience Center and head of the Computational Nanoscience research group, with a focus on energy applications. In fall 2009, he joined MIT, where he has developed a research program known for its contributions to energy conversion, energy storage, membranes, and clean-water technologies. In recognition of his contributions to engineering education, Grossman was named an MIT MacVicar Faculty Fellow and received the Bose Award for Excellence in Teaching, in addition to being named a fellow of the American Physical Society. He has published more than 200 scientific papers, holds 17 current or pending U.S. patents, and recently co-founded a company to commercialize graphene-oxide membranes. 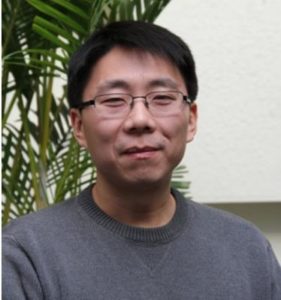 Qing-Zheng Yang received his PhD in 2003 from the Technical Institute of Physics and Chemisty (TIPC), CAS. After completing postdoctoral research at the University Louis Pasteur and at the University of Illinois, Urbana, he returned to TIPC in 2009 as a full professor. He moved to Beijing Normal University in 2014, where he is a professor of chemistry. He received an APA Prize for Young Scientist from the Asian and Oceanian Photochemistry Association in 2013, Distinguished Young Scholar award from NSFC and Advanced Newton Fellowship from Royal Society in 2015. His research interests cover photochemistry of supramolecular assemblies, photodynamic therapy and fluorescent probes for bioimaging. 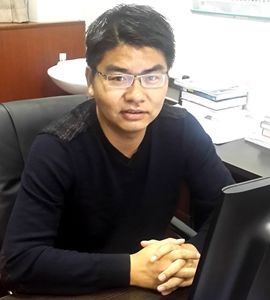 Ganglong Cui got his B.S. degree in Chemistry from Beijing Normal University in 2004. He studied theoretical chemistry under the supervision of Prof. Wei-Hai Fang at Beijing Normal University and Prof. Weitao Yang at Duke University and earned his Ph.D. degree in Theoretical Chemistry in 2009. He continued his research as a postdoctoral associate with Prof. Weitao Yang at Duke University from 2010 to 2011 and as a Max-Planck and Alexander von Humboldt Scholars with Prof. Walter Thiel at Max-Planck-Institut für Kohlenforschung from 2011 to 2014. Then, he joined College of Chemistry in Beijing Normal University and the Key Laboratory of Theoretical and Computational Photochemistry, Ministry of Education, and became a full professor in 2014. His present research interests are mainly focused on developing and applying accurate and efficient excited-state electronic structure and ab initio nonadiabatic and adiabatic dynamics methods for simulating photophysical and photochemical processes in complex chemical, biological, and materials systems. Until now he has published more than 130 SCI papers and has been invited to give scientific talks at many domestic and foreign conferences. He has been supported by the National High-Level Young Talents Project, the Outstanding Youth Fund of the National Natural Science Foundation of China, the Key R&D Project of the Ministry of Science and Technology, etc. 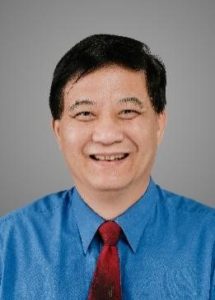 Ben Zhong Tang is professor in The Chinese University of Hong Kong, Shenzhen (CUHK-SZ), China. He is serving as Dean of the School of Science and Engineering at CUHK-SZ, Director of AIE Institute, and Dean of SCUT-HKUST Joint Research Institute. He received BS and PhD degrees from South China University of Technology and Kyoto University, respectively, and conducted postdoctoral research at University of Toronto. He joined HKUST as an assistant professor in 1994 and was promoted to chair professor in 2008. He was elected to Chinese Academy of Sciences (CAS), Royal Society of Chemistry (RSC), Asia Pacific Academy of Materials, and World Academy of Sciences for the Advancement of Science in Developing Countries in 2009, 2013, 2017 and 2020, respectively. His research interests include macromolecular chemistry, materials science, and biomedical theranostics. He has published over 1,600 papers which have been cited for over 119,000 times, with an h-index of 155. He has been selected as a Highly Cited Researcher in both areas of Chemistry and Materials Science by Web of Science since 2014. He has received the State Natural Science Award (1st Class; 2017) from the Chinese Government, the Scientific and Technological Progress Award from the Ho Leung Ho Lee Foundation (2017) and Senior Research Fellowship from the Croucher Foundation (2007).