Easy and inexpensive fabrication of PDMS films of different thicknesses

The following tip describes an easy and inexpensive way to fabricate PDMS films of different thicknesses. The main advantages are that no infrastructure (e.g. a spin coater) is needed for fabrication and that the materials needed are readily available. The idea here is to use a film of a specific thickness as spacer between two plates. PDMS is first deposited on one plate and squeezed in between plates to get a PDMS film with thickness similar to that of the film used as spacer. A similar methodology could be used to make films of other materials as well.

This methodology allows for very quick fabrication of a wide range of PDMS films using off the shelf components which are common in a traditional laboratory and office or can be easily purchased. The final goal is to fabricate films which feature different thicknesses, according to the original film used as spacer, and different hardnesses, by changing the ratio of PDMS to cross linker. The film can be stored and used as needed to cut off parts such as gaskets, spacers, etc. Here in the lab we use them to make microfluidic chambers of specific thickness.

Where do I get it and how much will it cost me?

In principle all the materials required are already available in the lab. The two plates can be two pieces of glass, as simple as two glass slides or two old wafers, or pieces of plastic, polycarbonate or PMMA for example. I have used PMMA plates and old glass wafers. The cost of the plates can be minimal and should not be more than $10. For example, you could go and buy a couple of very cheap picture frames with a glass piece of the size you want and use those. The pieces of film you use depend on the final thickness of the PDMS film and they can be obtained from a variety of sources, use your imagination! The paper clamps or binder clips are usually available in the office, if not you can buy them for several cents apiece. 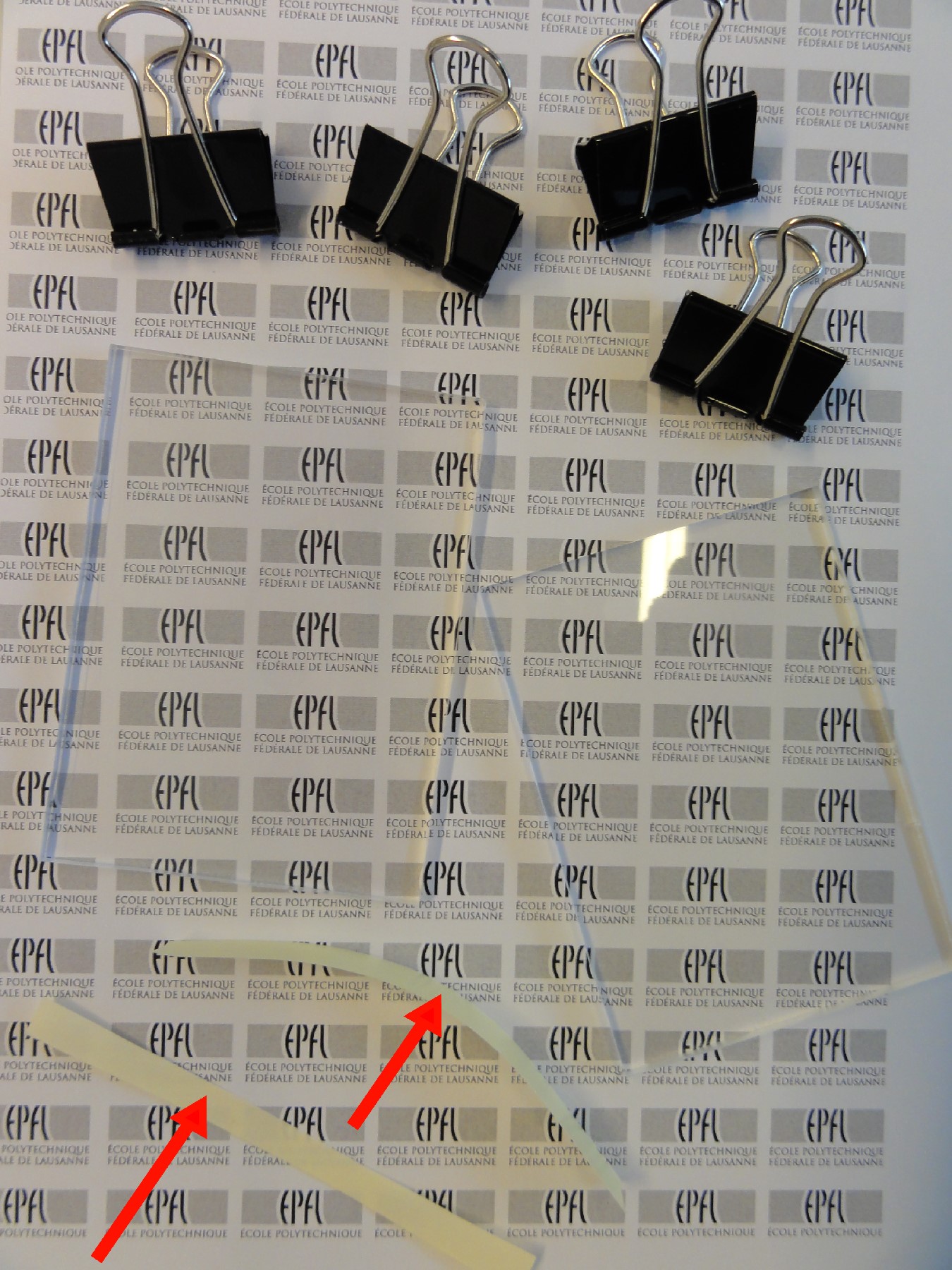 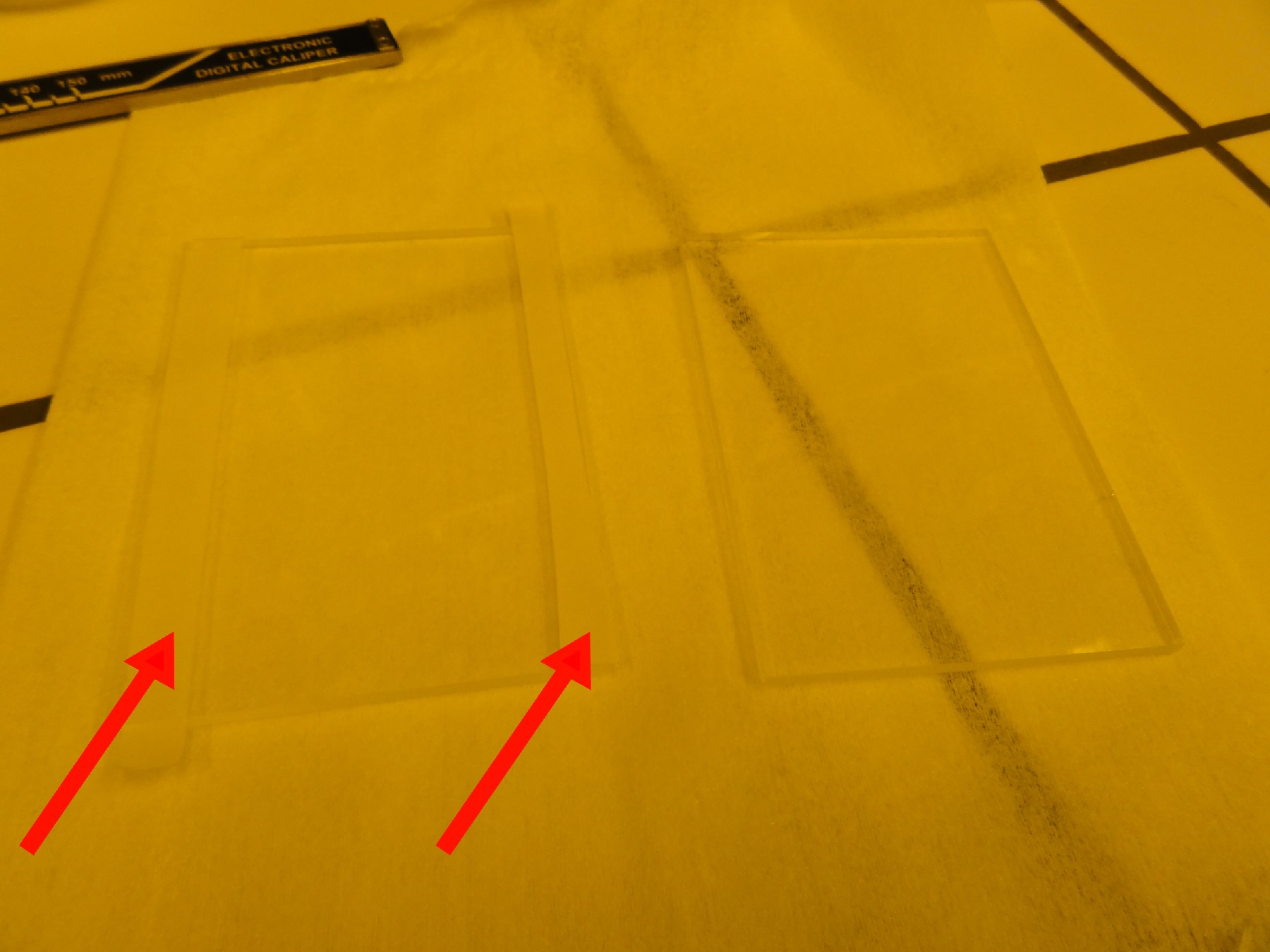 Figure 2. Pieces of film (red arrows) positioned close to the edges of the rigid plate shown on the left. 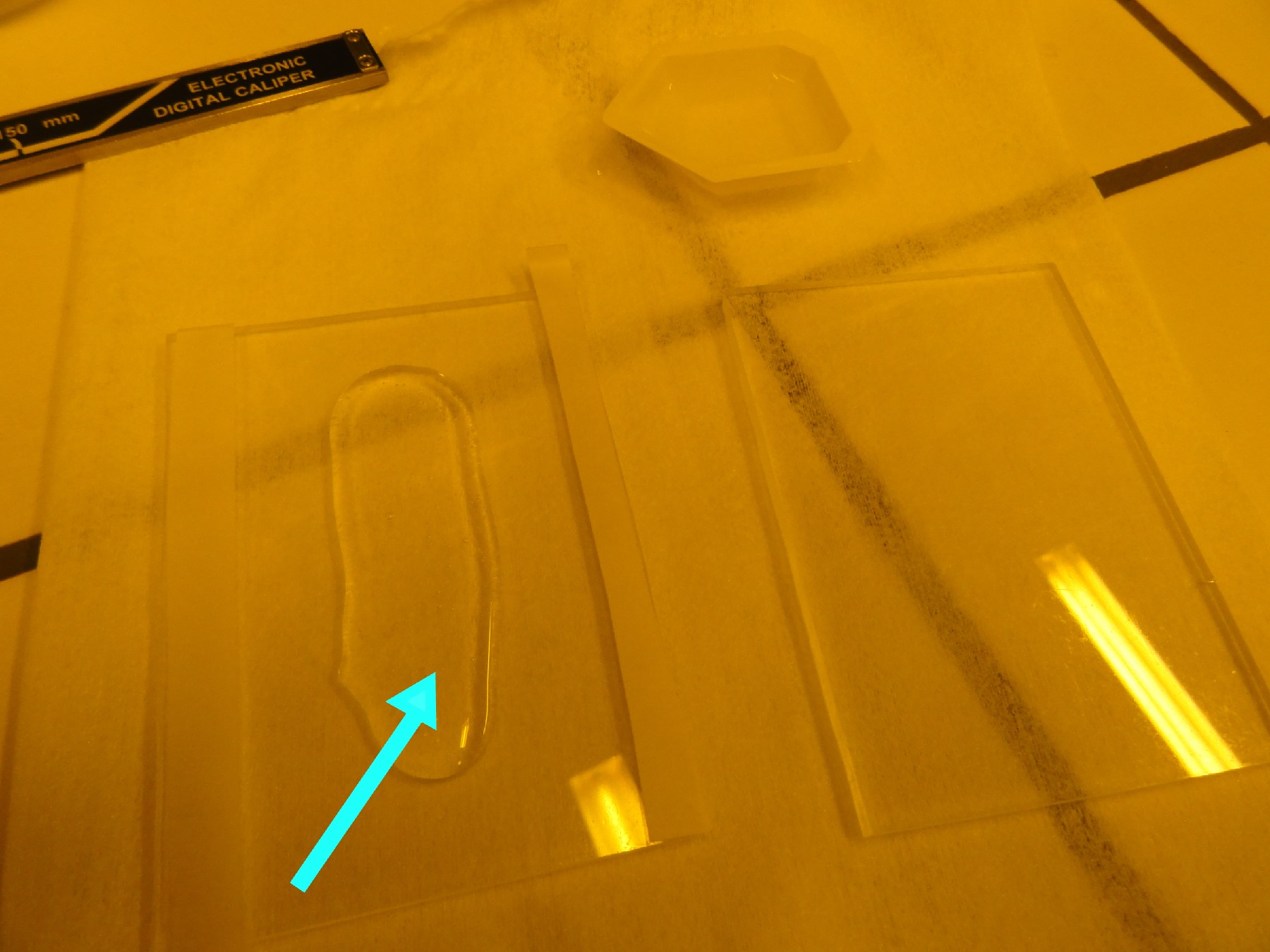 Figure 3. Manually deposited PDMS (blue arrow) on one of the plates 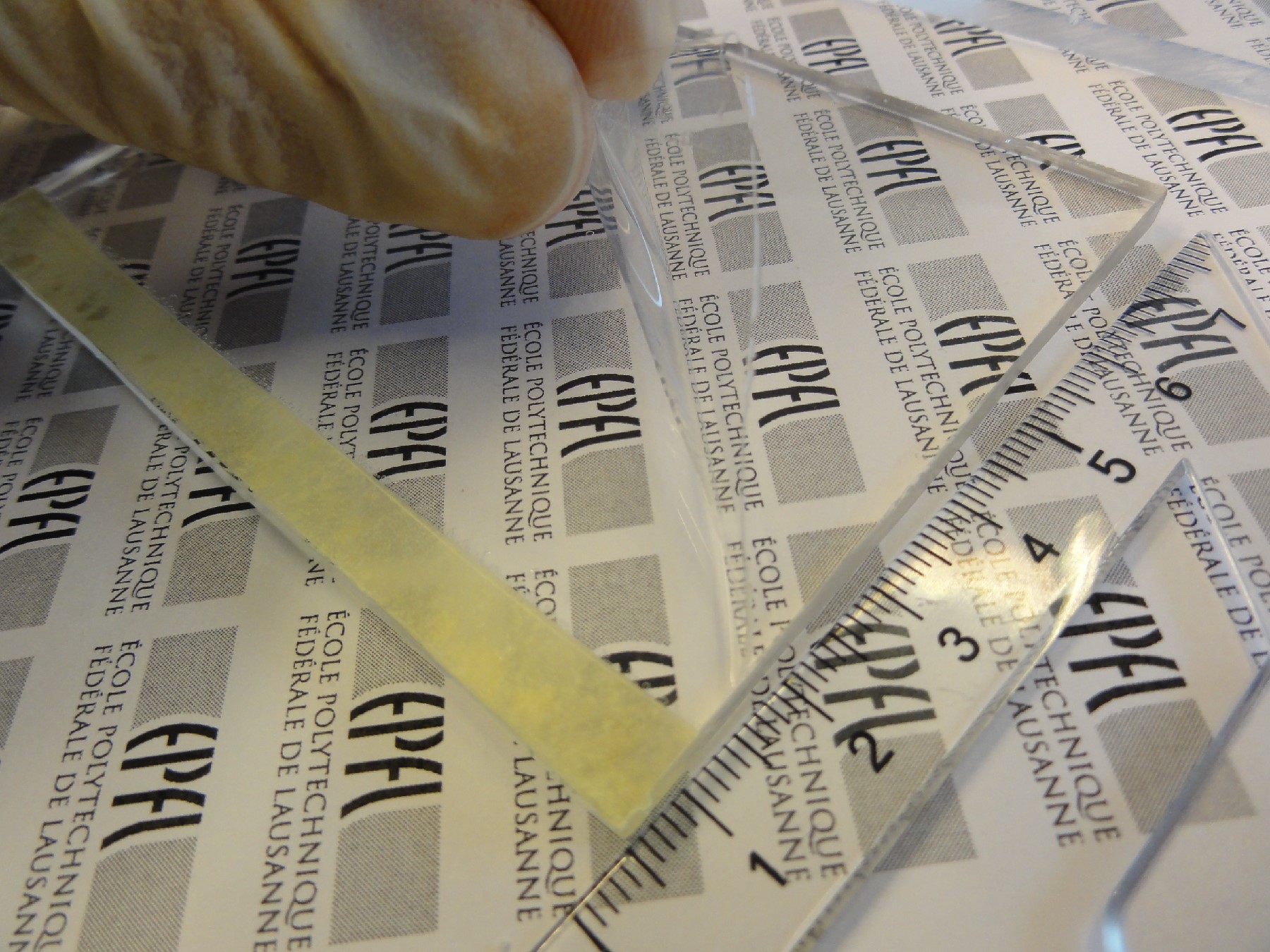 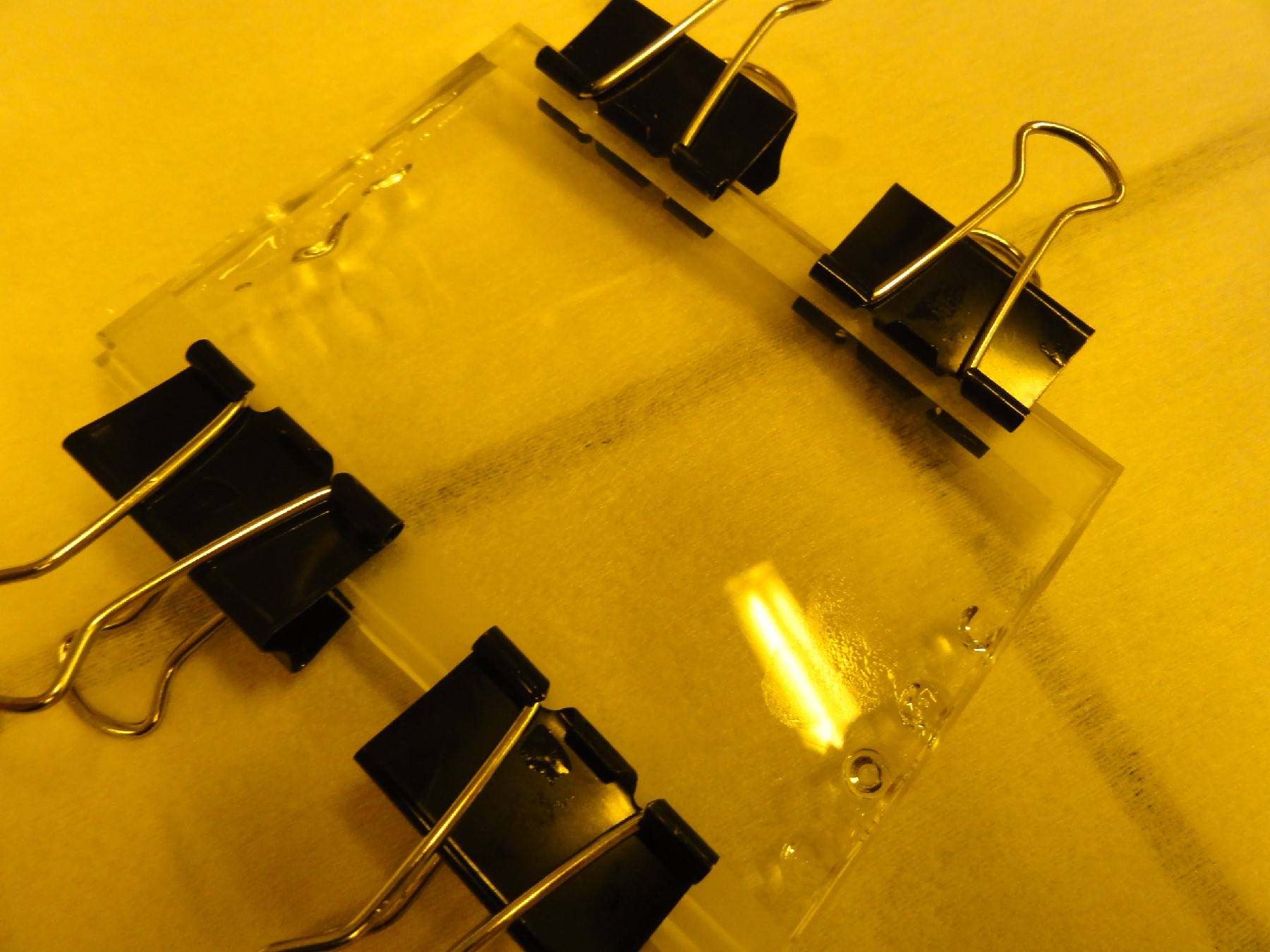 Figure 5. Release of the PDMS film from one of the plates after it has been cross-linked by heating

[1]  Aung K. Soe and Saeid Nahavandi, Degassing a PDMS mixture without a vacuum desiccator or a laboratory centrifuge and curing the PDMS chip in an ordinary kitchen oven, Chips & Tips (Lab on a Chip), 26 May 2011.