Paper of the month: Reconsidering terms for mechanisms of polymer growth: the “step-growth” and “chain-growth” dilemma

An international group of polymer scientists from the International Union of Pure and Applied Chemistry (IUPAC) Subcommittee on Polymer Terminology (SPT) convey concerns with the basic terms typically used for classifying methods of polymer synthesis and initiate a dialogue with the broader polymer community to resolve terminology shortcomings.

In this contribution, current IUPAC SPT members provide detailed descriptions of these two processes and outline concerns associated with the terms “step-growth,” “chain-growth,” and related terms. By discussing in detail the historical development of these terms and analyzing their use in current textbooks, the authors underline the lack of consensus in the terminology used within the polymer community. Interestingly, they demonstrate how the similarity of these terms leads to further confusion when translating into languages other than English. Finally, examples of polymerizations that cannot be classified under the umbrella of the existing definitions and have no designated terminology are discussed.

In 2019, IUPAC recognized the need to resolve these polymer terminology shortcomings and approved a project aimed to propose new terminologies. The authors, as members of the IUPAC SPT task group studying this issue, aim to clarify the naming of polymerisation processes and invite all members of the community to contribute by emailing to polymer.terminology@iupac.org. 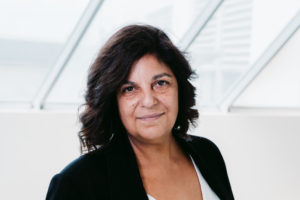 Dr. Kelly Velonia is an Advisory Board Member and a Web Writer for Polymer Chemistry. She joined the Department of Materials Science and Technology in 2007. Research in her group focuses on the synthesis and applications of bioconjugates and biopolymers.