“In biomimetic chemistry, we take what we have observed in nature and apply its principles to the invention of novel synthetic compounds that can achieve the same goals….”1

Just as the fundamental principles of chemistry help us to understand how biological systems work, we can also use biology as an inspiration for developing new chemistry.

Biomimetic chemistry is often used as a method for attempting to prove or disprove proposed biosynthetic pathways; however it can also be used to design laboratory procedures for making synthetic compounds, resulting in reactions which imitate a natural chemical process. For example, elaborate natural products can be more efficiently synthesized in the laboratory by looking at how Nature handles the chemical complexity of such an operation; reaction selectivity can be greatly enhanced by taking tips from how Nature uses enzymes to hold substrates in position while reactions occur.2

α-Amino acids are a fundamental building block in Nature, as the precursors to many biological molecules. In biological systems, amino acids are synthesized from α-ketoacids in a transamination reaction catalysed by the enzyme aminotransferase, with glutamate as the nitrogen source (Scheme 1).3

In this paper, Shi and co-workers seek to mimic this reaction with an enantioselective transamination of α-ketoesters (which can be readily transformed into amino acids) using a substituted benzylamine as the nitrogen source (Scheme 2). The enantioselectivity is induced using chiral base (1, Scheme 2) derived from quinine, a naturally occurring alkaloid which is isolated from the bark of the cinchona tree. This new, biomimetic methodology is highly complementary to the current literature methods for making enantioenriched α-amino acids. 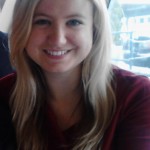