On Friday the 27th of February the final of the 2nd National Retrosynthesis Competition was held had at Burlington House. To read more about the event itself please see our post from two weeks ago.

In this blog we bring you thoughts on the experience from Stephen Penrose, Ph.D. a member of the winning team from Charles River Laboratories, 1ED.

At the end of an exciting but emotionally exhausting day at Burlington House the top three synthetic routes to Alistonitrine A were announced. In third place Manchester University, in second place Oxford University…

The consensus among Team 1ED was that our greatest competitors had placed second—did we have a chance? We had produced an excellent, novel synthesis backed up with solid literature precedent for all the steps, presented and defended with style and substance. Could we be picking up the beautifully crafted round-bottom flask trophy? When Charles River Early Discovery was announced in first place we were absolutely delighted. We were National Retrosynthesis champions for the next two years! The complex, team-based problem solving we use every day for confidential client programmes was there for all to see on a national stage. 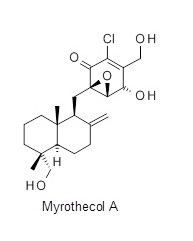 To show the strength of synthetic chemistry in the UK, the Royal Society of Chemistry (RSC) and the Society of Chemical Industry (SCI) initiated the biennial National Retrosynthesis Competition. The contest is a great opportunity for young chemists (under the age of 35) from all areas of the chemistry community to test their skills in paper molecular deconstruction (and construction). The first competition was held in 2013, and the problem solving and synthetic complexity of the natural products showcased was highly impressive. As part of the newly formed Charles River Discovery Services unit we were very keen to showcase the quality of our synthetic talents and challenge ourselves against like-minded academic groups and industrial leaders in the 2015 competition. A team of eight was assembled from our Cambridge, Harlow and Welwyn Garden City sites and the first round target was disclosed. To quote from my biology colleagues, it was “a piece of cake”, but only if you were deconstructing, then constructing a 4-tier wedding cake without a recipe!

The qualifying target was the natural product Myrothecol A—a quinone sesquiterpene isolated from a leaf litter sample collected in Guangdong China. This compound has attractive biological activity against a range of targets including HIV, tuberculosis and immunosuppression. Working closely within our team we were able to produce six different synthetic routes to Myrothecol A. As a team we critically evaluated all the routes, and through a combination of ideas and literature precedent for each step we evolved our route. For our first round entry the CRL route to Myrothecol A had a longest linear sequence of 14 steps with an estimated overall yield of 3.2%.

For the final of the competition we were given a more complex product to dissect: Alistonitrine A. This compound is a metabolite from Alstonia scholaris R. Br.. The bark and leaves have been used as traditional medicines to treat a number of ailments, including dysentery, malaria, and chronic respiratory disease. The compound is very rare with 15 kg of air-dried leaves giving a mere 5 mg of Alistonitrine A. 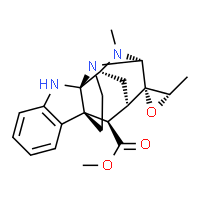 This molecular construction was also much more complex, due to the fact that nobody had previously made the compound (or anything similar). The team optimised every step of the synthesis to determine whether there was compatibility of functional groups and how to install the unprecedented 6,5,6,5,5,6 ring system containing 2 aminal bridges and 6 contiguous chiral centres. After numerous meetings and around 10 different routes being critically evaluated and discarded, we had a framework from which to proceed. The strategy we envisaged was based on Emil Fischer’s concept of asymmetric induction—using a single chiral centre to give preferential formation of all other chiral centres in the final structure.

To put the theory into practice we needed a very reliable method of forming the initial cage system (that’s the 6,5,5,6 part) and with excellent enantiomeric excess. With this in mind we decided to use the excellent methodology of Prof. David Macmillan—an organocatalytic endo [4+2] cyclisation. This route would give us the ideal start on the molecule. From this point onwards almost all of the steps were unprecedented to Alistonitrine A. The underpinning step to close most of the rings was a diastereoselective intramolecular 1,6 conjugate amidation of an acyl sulfamide into an α,β,γ,δ-unsaturated ester.

We needed a further degree of confidence that this would work successfully; did we have the right bond geometry for the transformation to work? Was the NH nucleophilic enough to react? In order to answer these questions we were guided by our excellent computational chemistry team. They provided us the tools we needed to produce an energy-minimised model to show that the acyl sulfamide was perfectly placed to undergo our bond forming reaction.

We also used in-house tools to calculate the pKa of the NH bond to give compelling evidence that we could form a suitable anion to undergo the ring closing process. This evidence supported our asymmetric induction approach and showed that we had a fighting chance of synthesising Alistonitrine A (on paper at least). We had turned a challenging synthetic competition into a multi-disciplinary team-based problem solving exercise using our colleagues at CRL.

Giving our clients the best possible outcomes is critical to us at CRL. Applying this same work ethic, we used not only our skills in problem solving, but our skills in presenting the data, which included an extensive set of back-up slides that helped us defend all of our steps.

Our final effort was to be judged at Burlington House (home of the Royal Society of Chemistry since 1841) by a panel of experts. Each of the 10 teams gave a 20-minute presentation followed by questions from both the judging panel as well as the audience.

As the penultimate team to compete we had watched a number of teams throughout the day, each producing thought provoking synthesis. One team had compared Alistonitrine A to Wembley football stadium. At 15:00 my colleague Joe Marshall and I were given the honour of upholding CRL’s reputation. There had been a number of practice talks and we had all the points clear in our minds and delivered them well. Time seemed to go very quickly. I spent most of my time watching our teammates on the floor; the nods, smiles and thumbs-ups really helped to quell any nerves. By the end of the 20 minutes we were delighted with what we had achieved—but then came the dreaded questioning!

During the course of the day the team had noticed that the questions seemed to be most fierce for teams that were felt to be top competition. We defended the first few questions well, but then a hand went up in the audience. “Great synthesis. I had a comment about your sulfamide bridge deprotection. I don’t think the step you proposed works, can you run me through it?” Sure, we thought going to our backup slides; here is the precedent… “But you need a free NH for that mechanism to work.”

I have to say I have never stood in front of the audience and heard such an audible groan of disappointment in my career! One part of me thought this was it, we were out of the running for the top prize. But another part of me thought that if I was presenting to a client I would defend my scientific opinion. I wanted CRL to look strong in front of our national peers so we continued the defence, answering questions about nucleophilicity of aminals over amines and whether our final ring-closing step would actually work. Thankfully, for every question asked we had back-up slides reinforcing our work. There were no further “banana skins” and we finished as we started, delivering and defending with style.

There was one more presentation to digest before the final deliberation from the judging panel. I felt absolutely drained. The extra hours and the trips up and down the country for face-to-face discussions had finally come to a thrilling conclusion. We had made a couple of minor mistakes in our synthesis, but we felt many teams had made more. Did we have an excellent synthesis? Had we defended our work to the best our ability? We thought so.

When we placed first there was a sense of jubilation that the team had managed to innovate and deliver better than some very prestigious competitors from industry and academia. At the post-competition mixer we were told by the judges that they struggled to split some of the synthesis as the general standard was excellent. What set the CRL team apart were our presentation skills, defence of the questions and the comprehensive literature work we had done.

It was pretty clear to me after the competition that complex, team-based problem solving is critical to everything we do in medicinal chemistry, from identifying and designing the compound to probing its pathways. The Retrosynthesis Competition crystallized this for me and demonstrated that great teamwork—and the pursuit of innovation and excellence that goes along with it—is the reason we strive to produce that novel compound which makes all the difference. 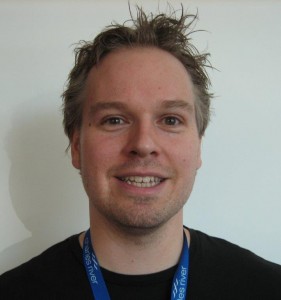