Electrochemical energy storage in a sustainable modern society: an opinion article by John B. Goodenough

Aled is a guest web-writer for EES. Aled is a PhD student working on new carbon-based porous materials for the Li-ion battery. He is currently based in Liverpool, but will be moving to Singapore for two years from April 2014. Outside of science, his interests include politics, sustainability and international development.

In his recent article in EES, John B. Goodenough gives his views on the challenges, limitations and future prospects of Li-ion battery technology – and how such technology can be used to promote a sustainable modern society. 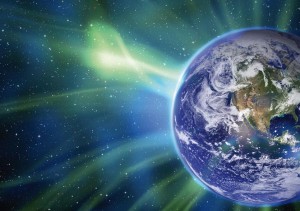 In this interesting and informative article, John B. Goodenough gives a critical assessment of the current limitations of Li-ion technology, and highlights some developing strategies which may overcome these limitations.

He emphasises that, relative to current battery systems, improvements in terms of energy- and power-density, manufacturing cost, safety, and charging-time must be made before emerging green technologies, such as plug-in electric vehicles, can really take off.

He notes that significant improvements could be made in a number of key areas of Li-ion technology, including: (1) the development of alternative liquid electrolytes, with greater electrochemical stability windows; (2) replacing the liquid electrolyte altogether, with a stable, Li-ion conducting, solid-oxide material; (3) employing nanotechnology and conductive mesoporous structures to enhance the performance of the cathode; and (4) replacing the graphite anode with high capacity Li-alloy forming materials, such as silicon, encapsulated within conductive carbon or polymer matrixes.

The article ends by postulating the prospect of electrochemical energy storage systems beyond established Li-ion technology, discussing the merits and shortcomings of novel approaches such as the Li-Sulfur and Li-Air batteries, as well as solid oxide fuel cells. But will such advancements be Good-enough to overcome the challenges of a sustainable modern society? The question remains open.

You can read the Opinion Article in EES by clicking on the link below: