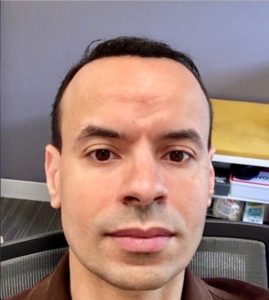 Sidi A. Bencherif received two Master’s degrees in Physical Sciences (2000) and then in Materials Science and Engineering (2002) from the University of Montpellier in France. In 2002, he worked for 3 years as a guest researcher at the US National Institute of Standards and Technology (NIST). In 2009, he received a Master’s degree in Polymer Science and a PhD degree in Chemistry from Carnegie Mellon University. In 2009, he joined as a postdoctoral fellow the laboratory of David Mooney at Harvard University and has been appointed as an Assistant Professor of Chemical Engineering at Northeastern University since 2016. He can be found on Twitter @bencheriflab.

How do you feel about Biomaterials Science as a place to publish research on this topic?

Currently, I am most excited about engineering advanced biomaterials to manipulate the fate of mammalian cells, especially immune cells. A challenge in this work is to control the extent of immunostimulation while achieving a beneficial outcome in a safe but also sustained and consistent fashion.

Can you share one piece of career-related advice or wisdom with other early-career scientists?

One piece of advice I have for other early career scientists is to not be afraid of failure. Many things you try won’t work, but that’s ok. We learn more from failure than from getting something right on the first try. Don’t be discouraged but rather learn from those mistakes, keep working as hard as you can, and everything is going to be all right.